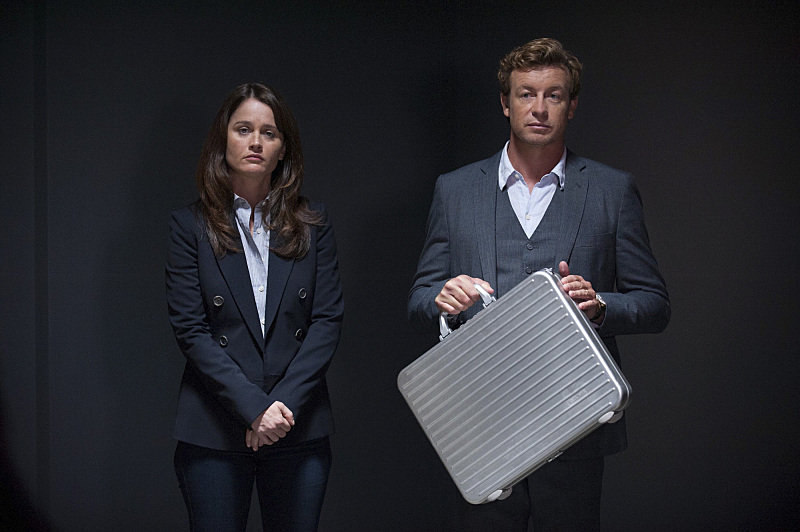 What is in the briefcase? We are just as curious as you are to find out. Hereâ€™s a sneak peek:

Official CBS Synopsis for “The Silver Briefcase”: A chance encounter with a military colonel leads Jane to believe the soldier is hiding something, leading him to dig into closed murder case of the man’s wife.

Is something in â€œThe Silver Briefcaseâ€ related to a cold case? Cho and Vega dig deeper and come up with a theory of their own.

Lisbon and Jane look so serious. Itâ€™s all very mysterious.

Programming alert: According to CBS, The Mentalist will be moving to Wednesdayâ€™s beginning on January 7. In the first episode of 2015, you can expectÂ a steamy kiss between Patrick and Teresa.

The CBS Synopsis for â€œGreen Lightâ€ reads like this: Jane and Lisbon celebrate his birthday outside of the airstream.

If you recall, inÂ â€œBlack Market,â€ Dennis and his wife faced some tough decisions regarding his past and her future.

With only a handful of episodes left, fans have a lot to look forward to during the final season.Â A new episode of The Mentalist airs Sunday at 9:30/8:30c on CBS.

Tina's TV Goodness All-Stars 2014: The Cast of the CW's Supernatural