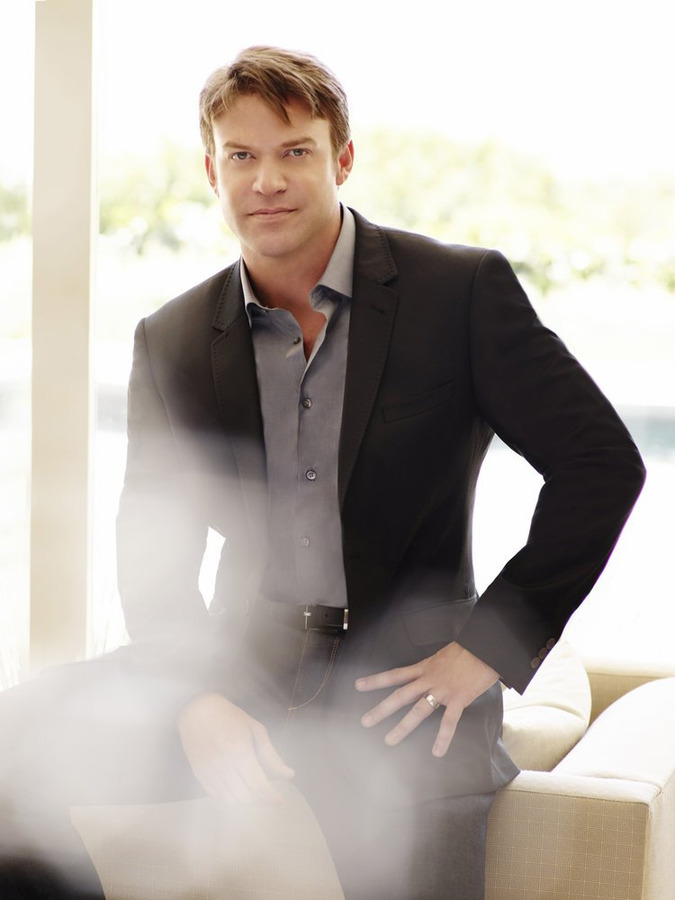 I didn’t think I could love Matt Passmore in a role more than I loved him in A&E’s The Glades, but the character he has embodied in Neil Truman shows an emotional range that no doubt makes him an all-star for 2014.

Passmore’s character on Satisfaction is one that we can’t help but root for. Even when acting as a male escort while his wife is at home, Neil Truman is ultimately trying to repair his marriage and learn more about himself.

What makes this character so amazing to watch is the way that he shows emotion and encourages the audience to empathize with him, even in the smallest of details.

The airplane scene in the pilot episode is one of the most glaring examples– he had me thinking I’d jump off that plane too.

Neil’s visceral reaction to coming home and finding his wife cheating on him is another example of the range emotion this actor can portray. It’s not an overly dramatic reaction. It’s an understated look in his eyes, coupled with visible nausea and disbelief that Passmore pulls off in the perfect way.

In fact, it’s that look that gets me. So much of the emotion this actor shows is done ever so subtly with his eyes. Whether it’s anger, sadness, self-realization, or seeing his wife in a brand new way, it’s always shown in a way that is… real.

Even better? Satisfaction was picked up for a second season, so Matt Passmore will be back on our screens as Neil Truman next summer. I’m really looking forward to more of the show and more of Neil’s character development.

Cortney's TV Goodness All-Stars 2014: How To Get Away With Murder's Viola Davis