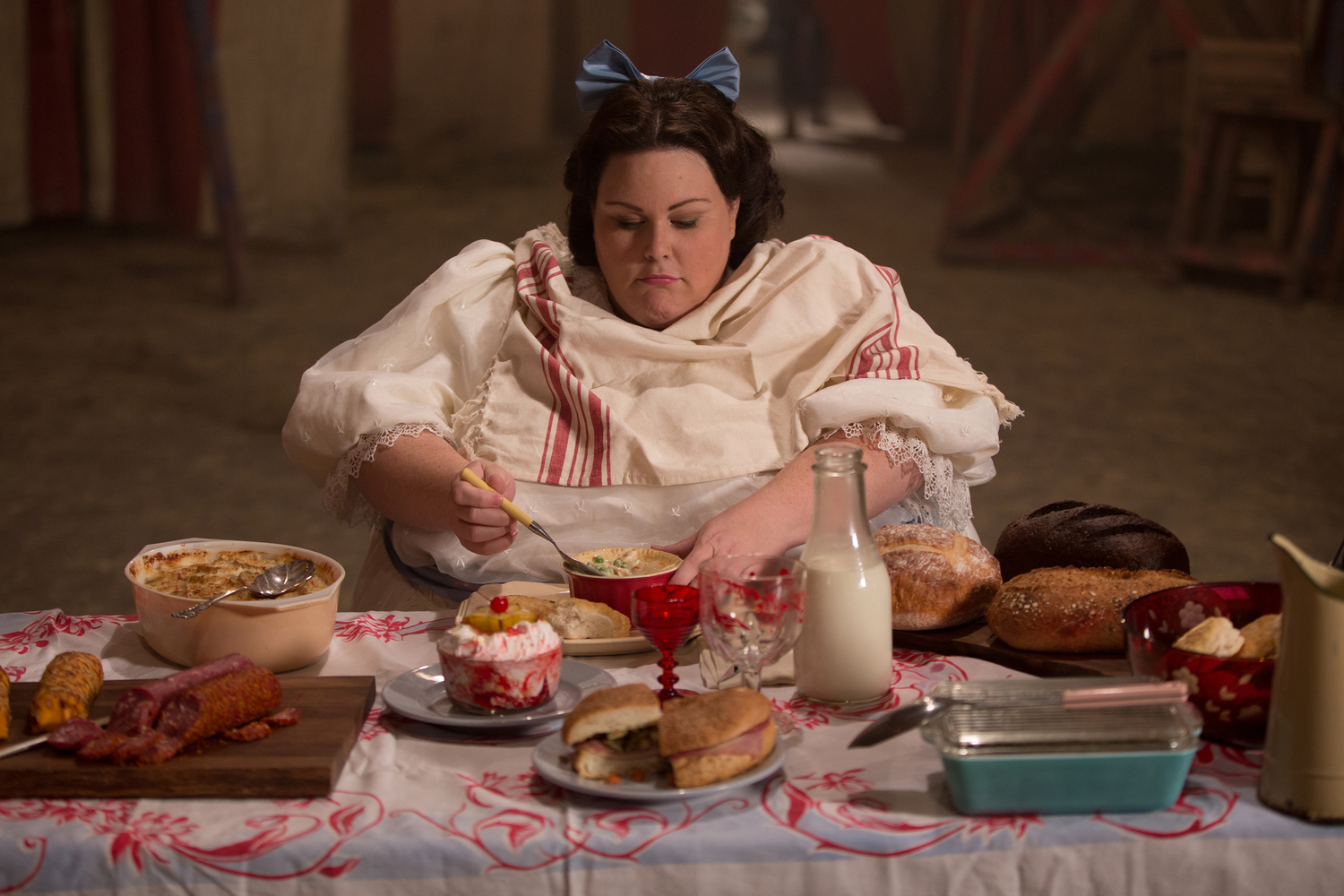 More lives were lost on the latest installment of American Horror Story: Freak ShowÂ and it literally was a blood bath. We are heading into the final stretch of the season and I can honestly say I have no idea where this story is going.

Ethel’s lengthy scene with Elsa was perfection. Ethel knew Elsa’s tears over the death of Ma Petite was purely for show. Maybe she used to care about her monsters, but her overwhelming desire for fame has proven to be more important in the end. Obviously we know Elsa had nothing to do with Ma Petite, but how would Ethel know. All she knew is what she heard and last time she checked, Elsa had no qualms about Stanley taking out the Tattler sisters.

There was no way Elsa was going to go down this way. I knew she would kill Ethel, but it was still shocking, especially so early on in the episode. I loved Kathy Bates this season. Ethel was aÂ far more interesting and dynamic character than Madame LaLaurie last season. I’m sad to see her go, but I’m even more sad to see how twisted Jimmy’s life is now.

His mom is dead and he has no idea that Elsa and Maggie are both lying to him. I really wanted to like Maggie, but now she’s lied about his mother’s death. I don’t blame her for helping Stanley and Elsa set up her “suicide” because Maggie is clearly intimidated by Stanley and what he’s capable of. Still, I don’t see things ending well for Maggie once the truth comes out.

Jimmy’s already pushing her away. I hate to see him drink because the more he does, the more he acts like Dell. After yelling at Maggie, Jimmy found comfort in the bosom of the newest addition to the freak show, Ima Wiggles, the fat lady. This scene was weird and I honestly didn’t know what to make of it.

The one semi-good thing to come out of Ethel’s death was Penny getting back at her father for mutilating her. I loved seeing all the women stand up beside her. I know she spared her father because she’s not a monster like him, but I still wanted them to do more harm than the tar. I’d probably be more like Desiree in that situation, and want to get proper revenge.

Okay, let’s talk about the other major death of the episode. It was only a matter of time before Dandy killed Gloria. Gloria is a terrible liar and there was no way she could hide Regina’s mother’s death from her for much longer. I’m surprised Dandy didn’t attempt to kill Regina when he was alone with her.

Gloria was one crazy lady. She had an unwavering love for her son even though he’s a murderous psychopath. Dandy has become one of my favorite characters over the course of the show. Finn Wittrock has been killing it this season. Too soon? His emotional meltdowns/psychotic breaks are truly scary to witness. How disturbing was it to watch him get into the bath tub filled with his mother’s blood?

Still, this is probably the beginning of the end for Dandy. There’s no one left to protect him and his secret. It’s only a matter of time before he is caught or killed. If he is killed, I hope it’s either Jimmy or Regina who gets to do it.

– Will Jimmy learn the truth about his mother’s death?

– How much longer until Maggie cracks and confesses everything to Jimmy?

– When will Dandy slip and get caught?

– Where were the Tattler sisters this week?