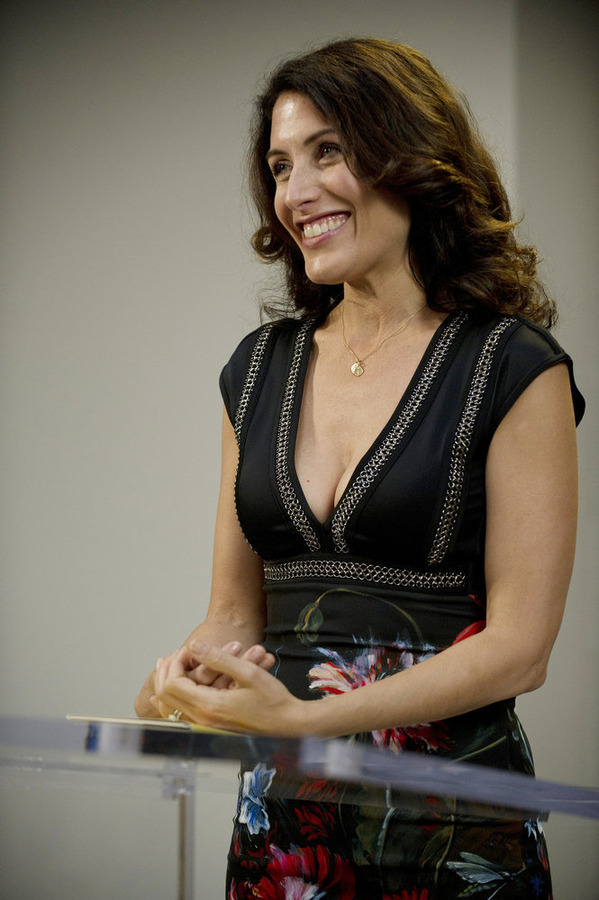 Not sure why it’s taken so long for Bravo to get into the scripted series game, but so glad the network has finally joined the party. Girlfriends’ Guide to Divorce is the perfect way to start things off. It’s fun, flirty, comedic, quirky, dramatic and diva-licious. But most of all, it’s addictive. House‘s Lisa Edelstein is the center of the action.

TV Goodness got the chance to take part in a press call featuring LisaÂ and Girlfriends’ Guide creator Marti Noxon. Noxon knew from the beginning she wanted to work with Edelstein:

Marti Noxon: The first time I saw Lisa on House, I had an instant girl crush. Â She just radiates, not only beauty but intelligence and also confidence. Â Sheâ€™s a rare actor so she was the first person I sent the script to of anybody, of course.

As for Edelstein, there’s so much about Abby that appealed to her right away.

Lisa Edelstein: it was really exciting when Marti sent me the script because, here [was a]Â woman who seemingly had it all together and was actually falling apart. I really looked forward to being able to explore that and I love that itâ€™s funny and dramatic at the same time.

She really enjoys the complexity of the character.

Lisa: I love thatâ€™s sheâ€™s so vulnerable. Â Thatâ€™s sheâ€™s very smart and very successful but also a little bit, like a little girl. Â Sheâ€™s a little lost. I love her struggle and I love her sense of humor. Â I mean â€“ sheâ€™s a great really, really, great well rounded character.

Here’s what else you need to know about this new series:

Bravoâ€™s first original scripted series, Girlfriendsâ€™ Guide to Divorce, follows Abby McCarthy (Edelstein), a self-help book author and guru of all things family, who shocks the world when she reveals that her seemingly perfect life has all been a lie. Â After publicly admitting that she has separated from her husband, Jake (Paul Adelstein, Private Practice, Scandal), Americaâ€™s once-favorite girlfriend finds her career and marriage in a free fall. As she starts to navigate life as a single woman in her 40s, Abby turns to her new divorced friends, rather than her married ones, for advice. Her friend Lyla (Janeane Garofalo, Reality Bites, The West Wing) is a legendary no-nonsense entertainment lawyer who is in a constant â€˜War of the Rosesâ€™ battle with her ex-husband, and Phoebe (Beau Garrett, Criminal Minds: Suspect Behavior) is a former model and budding entrepreneur who has a very unique relationship with her ex. Â When she hires Delia (Necar Zadegan, Emily Owens, MD) as her divorce attorney, Abbyâ€™s brother Max (Patrick Heusinger, Gossip Girl,Â Royal Pains), who fought hard for the right to marry, questions his sister on how she can so easily decide to walk away from her own marriage.

Abby is on a journey of self-discovery as she attempts to salvage her career, get back in the dating game and figure out her new identity as a single woman. Â As she hits the reset button on her life, she embarks on startling adventures and mishaps along the way, including her first post-marriage hook-up, a blog post gone horribly wrong and a Vegas trip that leads to some unexpected complications. Â And, while in the process of trying and failing to have the â€œperfect divorce,â€ Abby ultimately must figure out whether her marriage is worth saving.

Marti: [Paul] and I have been friends ever since we did Private Practice together and I always thought since that I wanted to work with him again. Heâ€™s such as a deep and talented actor and I wanted Jake not to be just anyone who could be an obvious person you could write off as the bad guy. And I think as the show progresses, youâ€™ll really feel the complexity of two people whoâ€™ve grown up together, trying to figure out if they really do want to do this or if they donâ€™t want to do this and in a way rediscovering each other through the process.

Being part of Bravo’s very first scripted show is a huge honor for Edelstein:

Lisa: They picked a great project and that was the first sign that it was a great network to be on. And because theyâ€™re so excited about it, they have really put everything into it. Theyâ€™ve given up a lot of love and a lot of freedom and I feel really â€“ I feel very trusted by the network and the studio which is an unusual place to be. So weâ€™re very fortunate. Very, very fortunate.

Trailer for Girlfriends’ Guide to Divorce 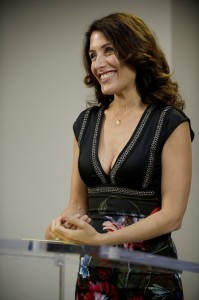 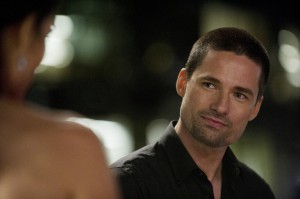 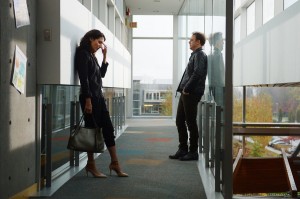 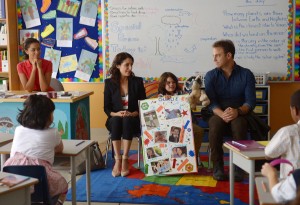 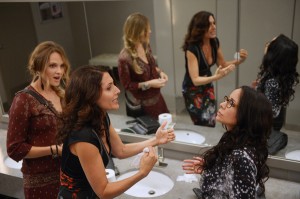 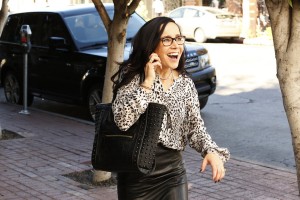 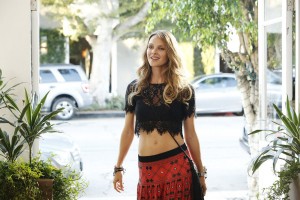 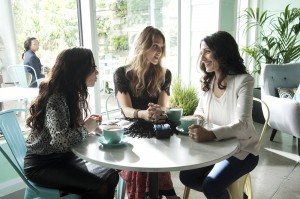