Nothing but Jane, Lisbon, Love and Murder, The Mentalist â€œNothing but Blue Skiesâ€ 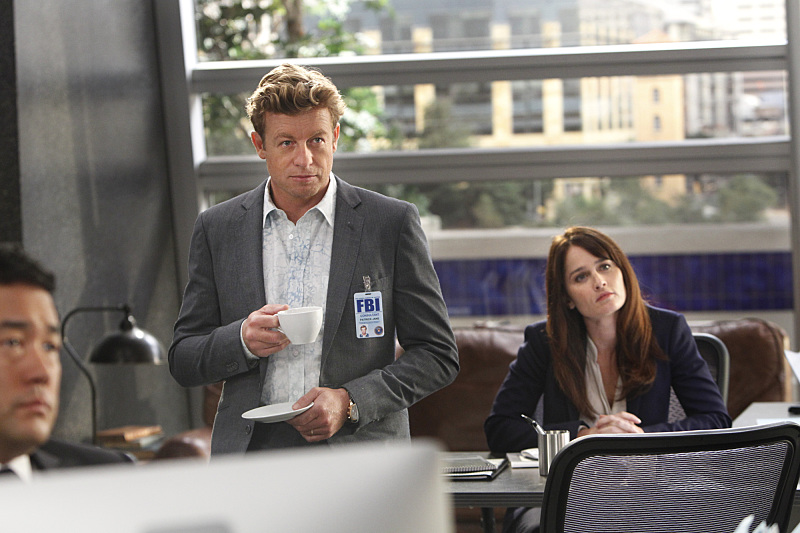 Patrick Jane and Teresa Lisbon are in love! The long awaited romance between â€œJISBONâ€ is on!

The new season picks up two weeks after Jane kisses her and Lisbon breaks off her engagement to Agent Marcus Pike. After discussing the possibility of giving Jane a key to her place, Lisbon tells him that she prefers to keep their romantic relationship a secret from their colleagues. Soon after their conversation, reality hits home, when the two receive separate phone calls and are asked to return to work early.

Back at the office, â€œJISBONâ€ meets up with Cho (Tim Kang) and FBI Special Agent, Dennis Abbot (Rockmond Dunbar) and they start investing a case involving an undercover agent, found murdered outside of a bowling alley. It was a case of being in the wrong place at the wrong time. He was offed because he recognized the person who kidnapped his childhood friend from decades ago.

Also working the case is FBI rookie, Michelle Vega, played by Josie Loren. Sheâ€™s not sure what to make of Patrick Jane. In fact, she continues to ask everyone at the office what his role is in the investigation and no one really gives her a straight answer.
Meanwhile, Jane, being Jane, probes Vega for answers regarding her background. Eventually, Vega confesses that she does indeed have ties to the military.

Using his wit and charm, Jane, along with others, manages to solve two cases at once, the death of the FBI agent and the kidnapping from years ago.

When Jane and Lisbon return to the office, they are both in for a surprise. Jane bumps into Pike and tells him heâ€™s sorry for how things played out with Lisbon. Pike puts Jane on the spot asking him, â€œSo, do you have a plan?â€ Pike reminds Jane that he offered Teresa a life, a home and a family. He wants to know what Jane is offering Libson. Then Lisbon walks in and apologizes to Pike, while Jane listens in on their conversation from across the room.

Jane admits to Lisbon that he has no real plan for them, other than to let their feelings be their guide. Lisbon seems fine with it. In an effort to keep their newly found romance alive, Jane drives Lisbon away in a Vintage car.

It looks like Orange is the new color for Lisbon on the next episode of The Mentalist. According to the CBS synopsis, Lisbon goes undercover as a prison inmate in order to get a convict to turn over her boyfriend, who is the leader of a high-end car theft ring. Hereâ€™s a sneak peek at â€œThe Greybar Hotelâ€: