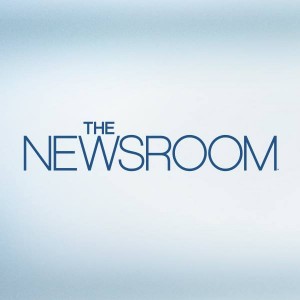 Tempers flair and tensions rise in the latest episode of HBOâ€™s The Newsroom.

As you can see, it seems like no one is enjoying the prospect of Lucas Pruit (B.J. Novak) taking over ACN, especially, Charlie Skinner. Charlie is desperate to find another buyer; therefore, he enlists the help of Sloan and Mac to save the news division from ruin.

Meanwhile, things heat up and not in a good way for Jim and Hallie. Their relationship is put to the test by her new job at Carnivore, a start-up website.

Will is in very serious trouble â€“ that is an understatement. Facing a court subpoena and possible jail time for contempt, he refuses to reveal the source of the stolen government documents, leaving some to wonder if the Department of Justice has gone too far.

Since Will is the hot seat, I thought it might be good time to cool things off a bit. Hereâ€™s a look at some of his finer moments in this character Mashup, courtesy of HBO. Enjoy!

After tonight, there are only two episodes left until the series final of The Newsroom. Viewers can look forward to a lot of surprises.

The final season of The Newsroom airs Sundays at 9/8c on HBO.

The Mentalist Preview: "Nothing but Blue Skies" [INTERVIEW, PHOTOS, VIDEO]