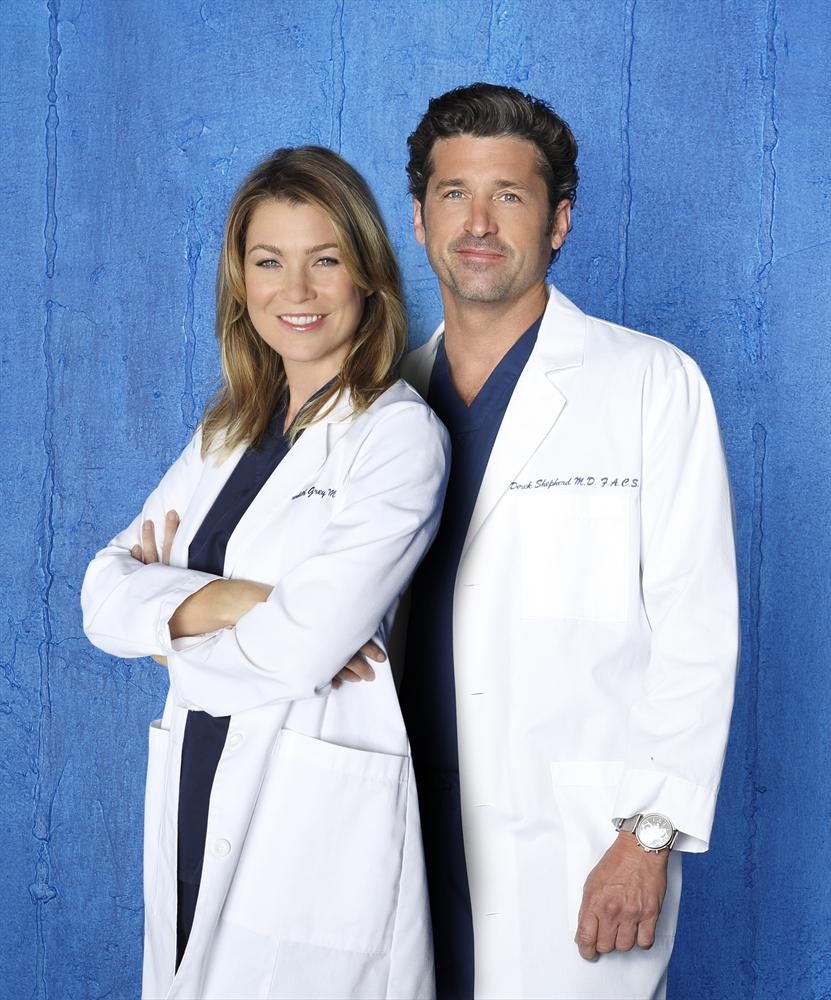 If youâ€™re not watching Greyâ€™s Anatomy Thursdays during ABCâ€™s TGIT lineup than you are SERIOUSLY missing out.Â  (P.S. If youâ€™ve missed out on the previous seasons I highly recommend you take a month off from life and binge watch it on Netflix)Â  Currently in itâ€™s eleventh season Greyâ€™s shows no signs of slowing down, and is just as jaw dropping as its first season.

10. Dreamy doctors. Not only are all of the doctors on Greyâ€™s Anatomy McGorgeous, they all have such intense and wonderful back-stories.Â  Sure, I love looking at Alex Karev week after week but if he didnâ€™t have a crazy and compelling back-story and flash that devilish smirk eventually I would get tired of him. (I could never get tired of Karev)Â  Meredithâ€™s dark and twisty back-story is another stand out, her long-term struggle with the emotional damage her mother put her through is riveting and something I look forward to every episode.Â  There isnâ€™t one character currently on that show that hasnâ€™t had an episode dedicated to their back story, and their isnâ€™t a character on that show who doesnâ€™t have an intriguing one.

The fact that Arizona calls children â€œtiny humansâ€ and calls their parents, â€œthe makers of the tiny humans.â€Â  Â That might be the cutest phrase ever used on that show.Â Â  (Or any show for that matter)

8. Delicious drama. How many natural disasters, gunmen, and plane crashes are going to strike this hospital?Â  I donâ€™t care; I never want them to stop.Â  Never has a sudden twist or cliffhanger on that show let me down.Â  They almost always take a turn I wasnâ€™t expecting and always leave me amazed.Â  (The musical episode made me cry.Â  I was horrified, and not because Callie flew through a windshield.)

â€œSo pick me.Â  Choose me.Â  Love me.â€Â  Are we ever going to give Ellen Pompeo a standing ovation for that scene?Â  I think thatâ€™s long overdue.Â  Iâ€™m not going to say I may or may not have stood up from the couch in awe when I saw that scene; actually no Iâ€™m going to say it.Â  I stood in awe during that scene, and for good reason.

6. Â It’s a daring show that will always remember its history. Greyâ€™s is notorious for making us fall in love with characters then ripping them out from under us. George Oâ€™Malley, Denny Duquette, and Henry Burton are some of the hardest TV deaths I have ever encountered.Â  The show never completely forgets a character and I love that. They are always mentioned when times get tough or if a quirk they used to do comes up. They arenâ€™t mocked or forgotten. Except that time everyone laughed at Georgeâ€™s funeral, that was just too soon.

5. Two words. Lexie Grey.Â She’s arguably the most adorable character ever on the show. (Maybe even on TV, actually that would be Chuck Bartowski but thatâ€™s a whole other show.) Her death RUINED me.Â  It was so unexpected and so cruel, Iâ€™m so glad we got to meet that wonderful character and that Shonda created her but why did she have to die?Â  She had so much potential for further character development and for future story arcs.Â  RIP Lexipedia, we miss you!

4. The monologues! Who doesnâ€™t love a gut wrenching, tear jerking, I-mean-business monologue?Â  Thatâ€™s all we ever get on Greyâ€™s and I wouldnâ€™t have it any other way.

I dare you to find a show currently on television that is more culturally diverse than Greyâ€™s Anatomy. Not only does the show feature almost every race, it also features many different religions, sexual orientations, and upbringings.Â  Thatâ€™s always been my favorite part about the show. Shonda Rhimes created one of the most important shows of our time.

2. My Monumental Moment of Goodness. The first episode of Greyâ€™s Anatomy I ever watched was the season five finale, â€œNow or Neverâ€.Â  The episode ends with Izzy and George coding. Izzieâ€™s reoccurring dream of her in an elevator, wearing the dress she wore when she found Denny happens again but this time with a new twist. The elevator doors open and George is on the other side, in an Army uniform. Meredithâ€™s voiceover takes us out with, â€œDid you say it? I love you. I donâ€™t ever want to live without you. You changed my life. Did you say it? Make a plan. Set a goal. Work toward it, but every now and then look around. Drink it in cause this is it. It might all be gone tomorrow.â€ That was my first encounter with Greyâ€™s Anatomy; from that moment on I was hooked.

1. It’s always there on Thursday nights.

As soon as we start to pan over that beautiful (sometimes dreary) Seattle skyline and the voiceover begins I know my favorite hour of television is about to begin. To me, Greyâ€™s Anatomy is a cozy and warm show. You can lounge in your PJâ€™s all day, curled up in a blanket and watch it. You can sit huddled around a group of friends and still be on the edge of your seat. Itâ€™s a comfy show that always finds a way to simultaneously put me at ease and shock me with jaw dropping scenes. My Thursdays wouldnâ€™t be the same without Greyâ€™s and I donâ€™t ever want to know what thatâ€™s like.Â  SERIOUSLY!

Grey’s Anatomy airs Thursdays on ABC and returns with new episodes on Jan. 29.

Gotham “Spirit of the Goat”

Game of Thrones “The Queen’s Justice”