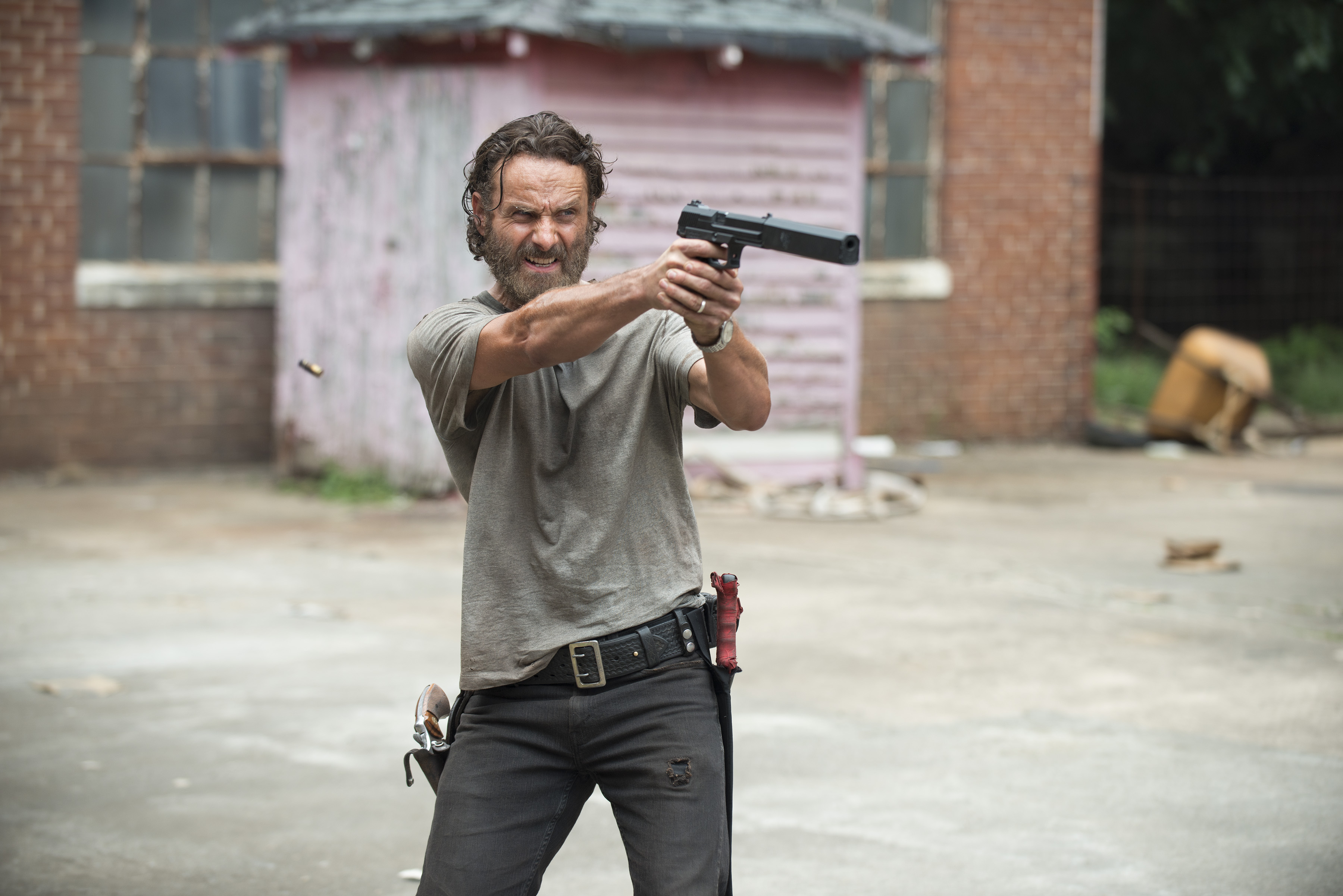 Rick and the gang moved quickly to get back to Atlanta to rescue Carol and Beth. However, quick isn’t always better, especially if you’re ill-prepared for what’s coming.

The episode began in a rushed manner. Obviously we know now that Noah is the one Daryl had with him in the woods, but we never saw that reveal. The episode picked up with Rick and co. ready to head out. The pace was promising at first. However, it became clear that this was a filler episode as the hour progressed.

Almost immediately, the gang came across two guards whom they intended to take asÂ leverage. With the arrival of theÂ third guard, Daryl participated in the best scene of the episode where he used a walker’s skull to bash his head in. The guards, now prisoners, explained they knew Dawn better than Rick. They could help them resolve this situation peacefully.

Honestly, how could they not know they would be crossed? After taking down Gareth in the most badass and smart way possible, how could they be so careless this time around?

Yes, Noah said Lamson was a “good” guard, but this is not the time to be making friends. Unfortunately, Sasha was too wrapped up in her mourning to be careful. After finding out Lamson’s first name was Bob, she took an interest in him. He told her about his friend who was turned into a walker and still roaming around outside.

Here’s a tip if you find yourself in a situation that resembles a horror movie: Don’t let the guy you just met stand behind you while you place yourself in a vulnerable position. Alas, Sasha seems to have been more of a romantic comedy watcher.

Lamson headbutted SashaÂ into the glass and ran off. Now the gang is going to have to think of a new strategy. Dawn will know they’re coming and can get her people ready to defend themselves.

Dawn had given the orders to take Carol off of life-support, just to spite Beth. However, she then told Beth to find a way to save Carol anyway. This woman is very confusing. Beth managed to give Carol a dose of whatever Steven recommended, but Carol didn’t wake up by the end of the episode.

Tensions remained high over with Glenn, Abraham, Maggie, Rosita and Tara. While fetching water, Tara said she didn’t blame Eugene for using his brain to find a way to protect himself. Glenn didn’t see things the same way. Meanwhile, Maggie kept watch over Abraham while dropping some truth bombs on him. She told him to deal with the fact that life isn’t going to get any better. This is when Eugene finally came to. Not sure how the group can move forward from here. All I know is that I was incredibly bored by this part of the episode.

Back at the church, Gabriel was being is usual, twitchy self.Â Both Carl and Michonne attempted to connect with Gabriel. However, Gabriel decided to use his resting time in his office to use a machete to get through the floorboards and escape. Escape to where, I have no idea. He’s out of his depth out in the woods alone.

This was a filler episode to get us to the midseason finale and it felt like it. This is my least favorite episode of the season. I hope the midseason finale makes good on resolving the hospital storyline and reuniting Beth and Carol (or one of them?) with the rest of the group.

– Will Carol wake up?

– What actions will Dawn take when she hears of the impending attack?

– Will Carl and Michonne go after Gabriel?

– What will the dynamic between Abraham and Eugene be going forward?