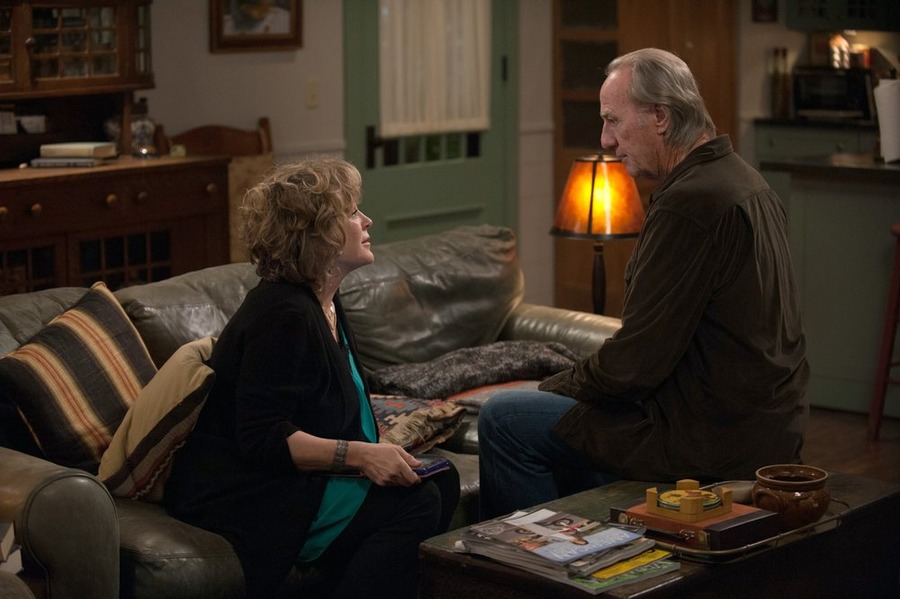 It looks like Parenthood might be headed exactly where we thought it would all along â€“ with the death of Zeek. Or at least the near death. And Iâ€™m terrified.

Truthfully, thatâ€™s where the show should end. Itâ€™s the most realistic kind of death for the grandfather and patriarch of this large family to pass on from health issues. As Parenthood continues to be a relatable show with real struggles, it makes sense that the last struggle would be this one.

How sad, though, that Zeek finally wants to take off with Camille on the trip of a lifetime, only for it to be clear that he wonâ€™t be able to. After the two had their own issues with Camille wanting to paint and travel whileÂ Zeek dug his heels in and wanted to keep their house, they are finally ready to plan a trip to France complete with steak frites and good red wine. The look on Camilleâ€™s face when Zeek is strong-armed into revealing the surprise is priceless. And itâ€™s clear to both of them that it may be their last trip.

Meanwhile, Sarah and Hank continue to try and find their way. Iâ€™m not sure why Mark needed to reappear, since he and Sarah already had their closure last season. But still, Sarah tells Hank that sheâ€™s happy being with him, and happy being a part of his family.

Hank is good for Sarah. He grounds her in a way that she truly needs. And as Hank tells her, sheâ€™s the best thing that has ever happened to him. A wedding between the two of them would be a beautiful way to end the series, but thereâ€™s no telling whatâ€™s in store for us in the remaining for episodes.

And then there is Joel and Julia. Please, please, please can these two get back together?

Joel invites Julia to lunch at a favorite restaurant that brings back memories for both of them. Julia remains as stoic as possible while Joel confesses his love, repeats his vows, and apologizes profusely for walking out on her. Rather than saying a word, Julia walks out on him, leaving Joel alone in the booth with the chicken parm. And I, for one, am incredibly annoyed. Give him another chance, Julia!

Iâ€™m even more annoyed with Juliaâ€™s new beau, who actually thinks itâ€™s alright to pressure Julia into signing her divorce papers. But this might just be what drives her back into Joelâ€™s arms.

She finally insists to Joel that they have to sign the papers. She says that they made a decision and need to follow through with it â€“ not that she actually wants to get the divorce. She signs them first, and Joel gives in, signing them too.

And thenâ€¦ they kiss! What does this mean? Who knows. Perhaps it is a final kiss. Closure. Or, hopefully, it means they are going to work on their relationship and rip up those divorce papers.

But what comes next is more likely what will drive them back together.

In the last moments, Zeek lies in bed, struggling to call out his wifeâ€™s name. She finally hears him and he is barely able to say thereâ€™s something wrong. She calls 911 as he holds his chest, looking terrified.

And in case youâ€™re wondering, this scene left me, yet again, a blubbering mess. But weâ€™ll have to wait until January to find out what happens next. Iâ€™ll have my tissues ready for the final four episodes.

Scandal "Where the Sun Don't Shine"

Guns, Booze and Zombies, Oh My, Z Nation “Welcome To The FU-Bar”