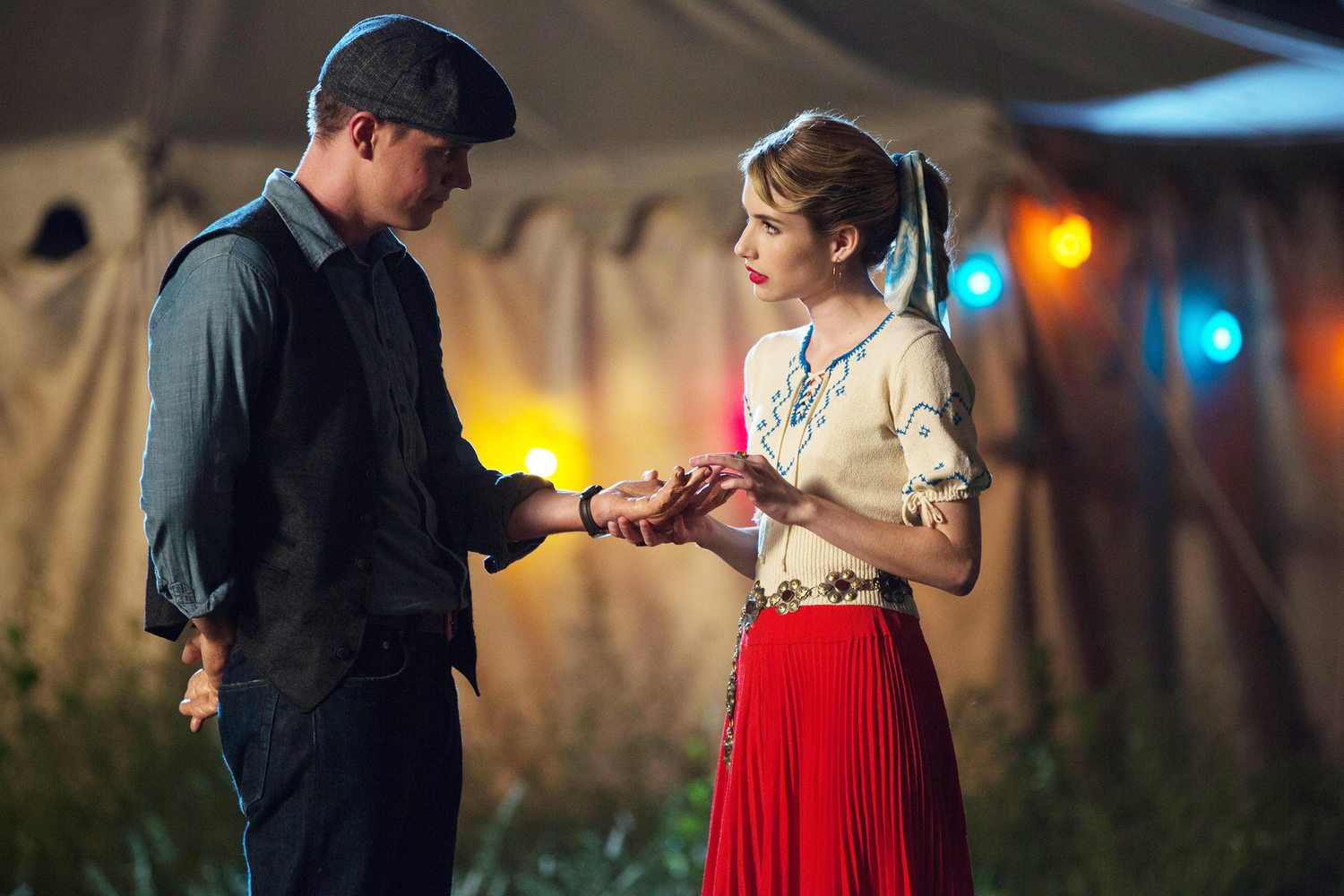 “A boy’s best friend is his mother.” The same creepy sentimentÂ from the ultimate fictional mama’s boy, Norman Bates, can be applied to Dandy Mott, especially after the latest installment.

So far, it seems Gloria is willing to do whatever it takes to help her son. Oh not help him emotional or mentally, but help him by covering up his crimes. Gloria assisted Dandy in helping bury Dora under a flower bed in the yard. GloriaÂ is somehow both delusional and hyperaware at the same time. She explained to Dandy how his homicidal needs are not his fault but that of generations of affluent inbreeding. Lovely…

Gloria is not going to be able to keep Dora’s death a secret for long. After receiving a call from Dora’s daughter, Regina (Gabourey Sidibe), Gloria explained Dora was simply too busy to talk to her daughter. Try back again in a month. Really, Gloria? I have a feeling it won’t be too long until we see Regina show up on the Mott doorstep.

I hope for her sake she doesn’t because Dandy’s blood lust is taking over. At a gay bar, Dandy lures Andy (Matt Bomer) back to the bus in the woods. Stripped down to both their underwear, Dandy stabs Andy repeatedly. Unfortunately for Andy, his death was slow and drawn out. Dandy clearly needs to work on his murdering skills because he did not like how Andy kept talking as he was removing the limbs from Andy’s body.

I can’t help but be reminded of Patrick Bateman fromÂ American Psycho. Both Patrick and Dandy take pride in their physiques and are good-looking men. However, the major difference is Dandy does not blend into society as well as Patrick. It doesn’t take long to figure out Dandy has more than a few screws loose in his head. Dandy is going to slip one of these days and I hope for the citizens of Jupiter, Florida that it’s sooner rather than later.

Elsewhere in the episode, we learned about Desiree and surprisingly, she’s not as much of a freak as she thought. After Jimmy was rebuffed by Maggie (or Esmeralda), he sought comfort in Desiree. However, once things started heating up, Desiree started bleeding down “there.” A trip to the doctor revealed that herÂ supposed penis was actually an enlarged clitoris and she suffered a miscarriage. This means Desiree is 100% woman. I couldn’t tell if the look on her face was one of relief or worry.

This revelation did not go over well with Dell at all. I wasn’t surprised that we learned Dell is gay. His first wife had a beard and his second wife (supposedly) had a penis. What came as more of a shock was how sensitive Dell was toward Andy at the bar (pre-murder). He said he’ll leave Desiree, but Andy wasn’t buying it. Turns out Andy was right because Dell did not seem to want to let Desiree go. What’s more is he had to go and hurt that poor doctor who was going to fix her enlarged clitoris.

Finally we get to Stanley, Elsa and the Tattler sisters. Stanley is all about Maggie getting on the murder train with him, but Maggie already looks like she’s having second thoughts. Before Jimmy tried to kiss her, she warned him via palm reading that a man was coming to the freak show, and that he can’t trust him or believe any of his promises. Stanley probably won’t take too kindly to Maggie’s betrayal.

However, Stanley was too busy trying to worm his way into both Elsa’s and the Tattler sisters’ worlds. I laughed out loud when Elsa scoffed at the idea of working on television. Oh how times have changed! Elsa was quickly turned around on the idea after the crowd booed at her performance that night. Meanwhile, Stanley tried to murderÂ Dot and Bette with poisoned cupcakes. I’m glad they didn’t end up eating them, but they may receive a worse fate now that Elsa has brought them to the Mott’s. Elsa will do anything to get those girls out of the way. Unfortunately they were just handed over to the devil incarnate.

– Now that it’s been revealed that all the seasons are connected, I’ve been trying to find little connections: Cupcakes were used by Stanley to try to poison Bette and Dot, just like Constance tried to do with Violet back in AHS season 1. The bathtub Dandy used to dispose of Andy’s body parts looked an awful lot like the bathtub in AHS season 1 as well.

– Will Desiree consider herself a freak now? She still has a third boob, so that’s still something!

– Will the other freaks stand up to Elsa after they find out what happened to Bette and Dot?

– Will Dandy eventually turn on his own mother?