I think my favorite thing about this show — besides the hilariously funny Casey Wilson and Ken Marino — is the edgy humor, which is very much on display in this episode. Annie and Jake are celebrating their “Date-a-versary,” but as you’ll see in the episode they can’t seem to go even one year without something disastrous happening on the anniversary of their first date. Could they be cursed?

TV Goodness participated in a press call with the stars, who had this to say about curses:

Casey Wilson: “Some people are cursed.”

Ken: “Some people are cursed.”

Casey: “Yes. I’m going to have to agree with Casey on that. I think some people are really cursed.”

Ken: “And a lot of animals are cursed too.”

Curious if all that humor is strictly from the brains of the writers? Ken and Casey weigh in:

Ken: “I mean, David [Caspe] and the room full of writers are amazing and they write great scripts. David will encourage us to improvise off of that a little bit but I mean a lot of it – probably 95% of it is scripted I would say. Right Casey?”

Casey: “Yes. Yes. It’s definitely collaborative in a sense of if there’s something we want to do; we definitely do it and have fun with it. But the scripts are pretty tight. Ken and I have initiated our own writer’s room with just the two of us that…”

Ken: “No, no. They’re not big fans of it. But we use – mostly use stuff from line Bazooka Joe bubblegum wrappers and just kind of try to reinvent those jokes because those are classics and, you know, I think America wants to kind of enjoy the classics. You can’t get enough of it.”

Ken: “Who wants to talk to the writers of the show anyway?”

When asked about the edgy nature of the comedy, they had this to say:

Ken: “I think that it’s always nice to read a script and see something that you haven’t seen before or something that’s pushing the envelope a little bit. That’s always exciting for me to go in and do that. And then whether or not it’s going to work on TV is kind of out of our hands. I mean, it’s just an exciting thing to approach and do. Then you hope – especially if it’s funny – you hope that it gets on the air. I don’t know if we’ve been pushing the envelope or anything, but we’re doing what we want to do on the show and then that stuff is getting out there. I think that’s what makes the show special.

Casey: “Yes. There’s obviously so much programming and so many great cable shows that people love and gravitate to. I think in some way we’re trying to do a show that exists on the line as much as we can just because I think there’s a reason people love something a little bit edgier. In one episode – Ken, I’m thinking of the fertility episode. There was a scene that came- I think the network was going to air [the episode] halfway through the season instead of earlier because it was a little too much. But I think ultimately it’s better to try that and see where we land.”

As the gang gathers to celebrate Annie (Casey Wilson) and Jakeâ€™s (Ken Marino) sixth anniversary of their first date, their plans are disrupted by an epic storm and everyone retreats to the basement for shelter. Gil (John Gemberling) wows the group with his take-charge attitude, while Annie, Kay (Tymberlee Hill) and Dennah (Sarah Wright Olsen) become completely obsessed with finding out what Jake appears to be hiding in his desk.

Marry Me airs Tuesdays at 9/8c on NBC.

All images courtesy of Ben Cohen/NBC. 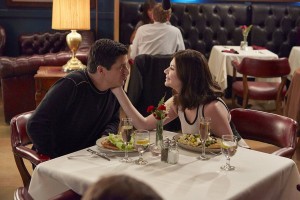 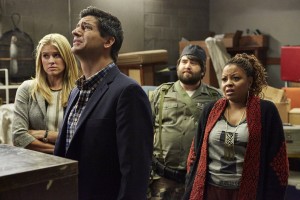 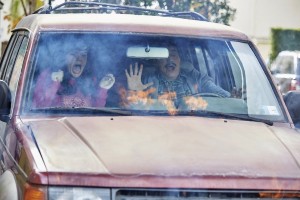 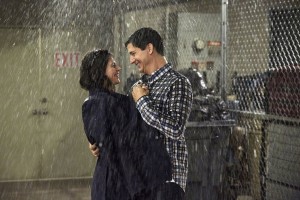 The Blacklist "The Scimitar"