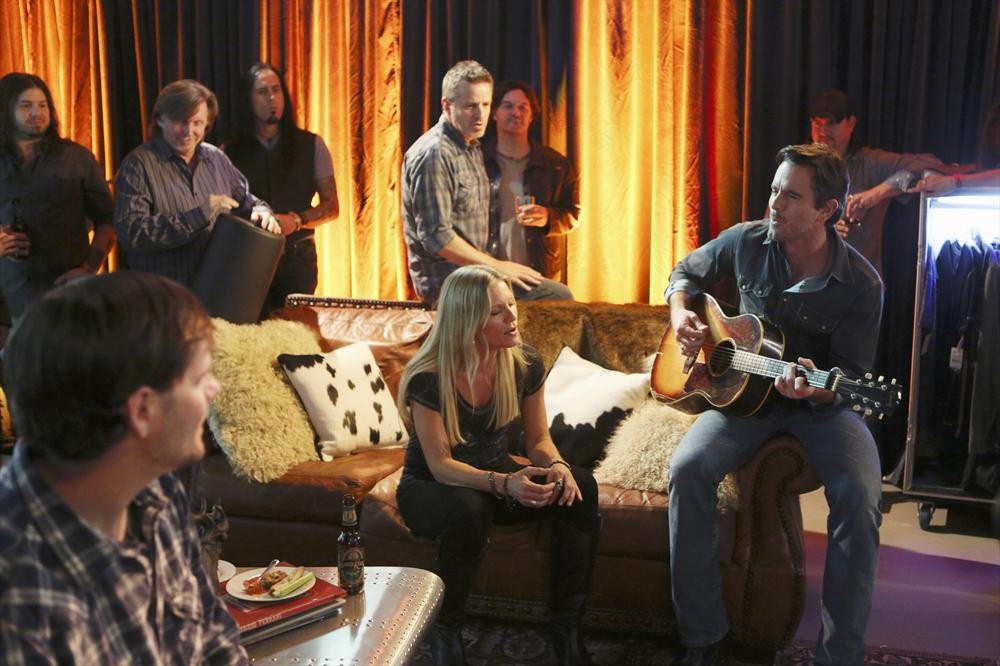 Worlds collided for me this week and this is one of the reasons I love Facebook. I had just posted a link to my TV Goodness recap of Nashville a few days ago, and one of my friends from back home in Texas commented that his son, who is now a singer/songwriter, had oneÂ of his songs featured inÂ “Nobody Said It Was Going to be Easy.”Â Charles Esten (who portrays Deacon Claybourne and who is my favorite Nashville hottie) performedÂ â€œBreathe In,â€ written by Andrew Combs.

The last time I saw Andrew Combs, he was a little boy running around playing with my cousin Tyler and my little brother Beau at our annual Thanksgiving get-together in Dallas, TX. And while I havenâ€™t aged a bit, it seems Andrew is all grown up and really killing it out there in Music City and on the road. I caught up with Andrew this week to talk about his career and his song, â€œBreathe In.â€ 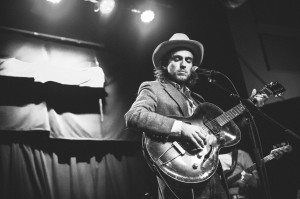 TVGOODNESS: How did you come to live in Nashville and how long have you been a singer/songwriter there?

Andrew Combs: I came to Nashville because all of my heroes spent time here cutting their teeth. I have long been a fan of the songwriter behind the song, and all of my favorites, including Guy Clark, Kris Kristofferson, Willie Nelson, and Mickey Newbury passed through here. I’ve been here 8 or 9 years now.

TVGOODNESS: So Charles Esten, who plays Deacon Claybourne onÂ Nashville,Â will be singing one of your songs on this weekâ€™s episode. Congratulations! How did that come about and where were you when you found out?

Andrew: I’m not too sure of the specifics, but I’m sure my publishing company pitched the song to the TV show. Luckily, they liked it! I can’t remember where I was when I heard the news. I’m sure I was somewhere on the road.

TVGOODNESS: Tell me about writing â€œBreathe In.â€ Was it one of those songs that just came to you quickly? Did it take a while to come together, or was it inspired by something or someone in particular?

Andrew: I wrote the song with my friends Sarah Siskind and Allen Salmon. It came pretty quickly. Honestly we were just trying to write a tune with a swampy vibe that had a hooky chorus. It seems to have a theme of escapism, but it wasn’t inspired by anyone or anything in specific.

TVGOODESS: When a songwriter has their work featured on a show likeÂ NashvilleÂ that has such a huge audience, what sort of doors does that open?

Andrew: Hopefully it’ll put some money in my mailbox!

TVGOODNESS: What are you working on right now?

Andrew: I’m back at home in Nashville after a long few months touring. I’ll be taking it easy and just writing until next year. My new record will be out in March of 2015 and I’m sure I’ll be hitting the road to support it!

To learn more about the talented Andrew Combs, check out his profile. If you want to hear â€œBreathe Inâ€ performed by Andrew featuring Sarah Siskind, you can have a listen here.