It was bad enough to lose Lt. Hammond in the pilot, but hey, at least we really didn’t know him yet and so the emotional impact was limited. Not true with the loss of Charlie Garnett (Tom Everett Scott). We had gotten to know the man and the rest of the team had become confident and hopeful with Charlie at the helm. So obviously his death in last Friday’s episode hurt bad, really bad, for everyone involved — the audience, the group of survivors and of course, Warren.

Friday’s episode explores the aftermath of the team’s loss and how they are coping and adjusting. Everyone is looking to Warren to step up and lead the group, but she is paralyzed with grief — making it extremely difficult, if not impossible, at this time. In the meantime, the group comes upon a gun show that makes the zombie apocalypse seem almost peaceful.

All photos courtesy of Syfy. 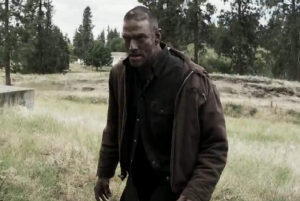 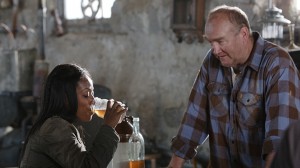 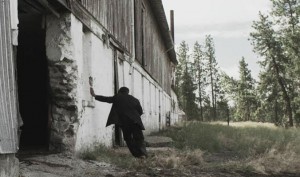 Under the Dome Preview: “Exigent Circumstances” [INTERVIEW + PHOTOS and VIDEO]