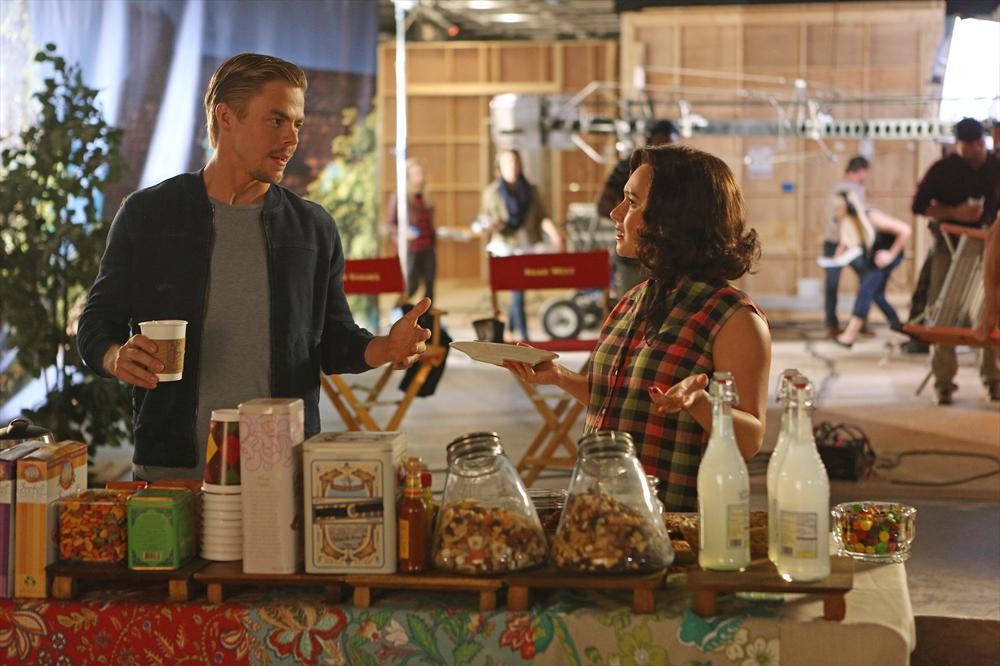 Car chases and quickies made for quite a ride last week on Nashville. Determined to sign Sadie Stone to Highway 65, Rayna takes Sadie to check out her new wedding dress and the two pals end up in a car chase with the paparazzi â€” which surprisingly, didnâ€™t give Rayna flashbacks to last when she almost DIED in a car crash with Deacon. Even after bonding with Rayna, it looked like Sadie was going to fall for the big Edgehill charm, but girl power won out in the end and Jeff Fordham got the shaft.

Meanwhile on the road, Deacon and back-up singer Pam got all hot and bothered at a truckstopâ€”so much so that they missed the bus and had to buy a sweet motorcycle to catch up with the rest of the crew.

Juliette and Drunk Avery both continued in their downward spiralâ€”Avery landed his rear in jail, and Juliette was all over the place, saying sheâ€™s giving the baby up for adoption, etc. And the big finish when a bailed-out Avery declares he â€œnothingsâ€ Juliette and wishes he never met her.

On this weekâ€™s episode, perhaps ironically titled â€œRoad Happy,â€ Juliette is concerned that filming a steamy sex scene (with guest star Derek Hough) will reveal her baby bump, but we think that maybe her â€œIâ€™m pregnantâ€ text to Avery might cause more of an uproar. Check out this sneak peak released by ABC:

And then check out some of the press photos from the episode. Things don’t go well.

In other Nashville news, Rayna hits the roadâ€”but how are her girls faring at home? Will Jeff Fordham use Raynaâ€™s absence to worm his way into a contract with Maddie and Daphne? Layla and Will are back â€“ but what about Willâ€™s personal â€œtrainer?â€ Itâ€™s hard to grab a private moment in the locker room with olâ€™ Crazy Eyes lurking around, blackmailing Jeff Fordham and playing adoring wife to the reality crew.

Juliette frets over hiding her pregnancy before filming a sex scene with movie star Noah West (Derek Hough). Rayna flies her kids to meet her on tour, but learns that her increased fame now that sheâ€™s engaged to Luke is making Daphne feel entitled, while Maddie is simply miserable. Kiley (Alexa PenaVega) tells Gunnar sheâ€™s leaving town, Will starts making careless mistakes in his personal life, and Scarlett is inspired by a homeless man (Mykelti Williamson) she meets while songwriting.

Nobodyâ€™s dog dies, but every storyline right now has enough heartbreak, cheating or booze to keep viewers hooked whether they like country music or not.