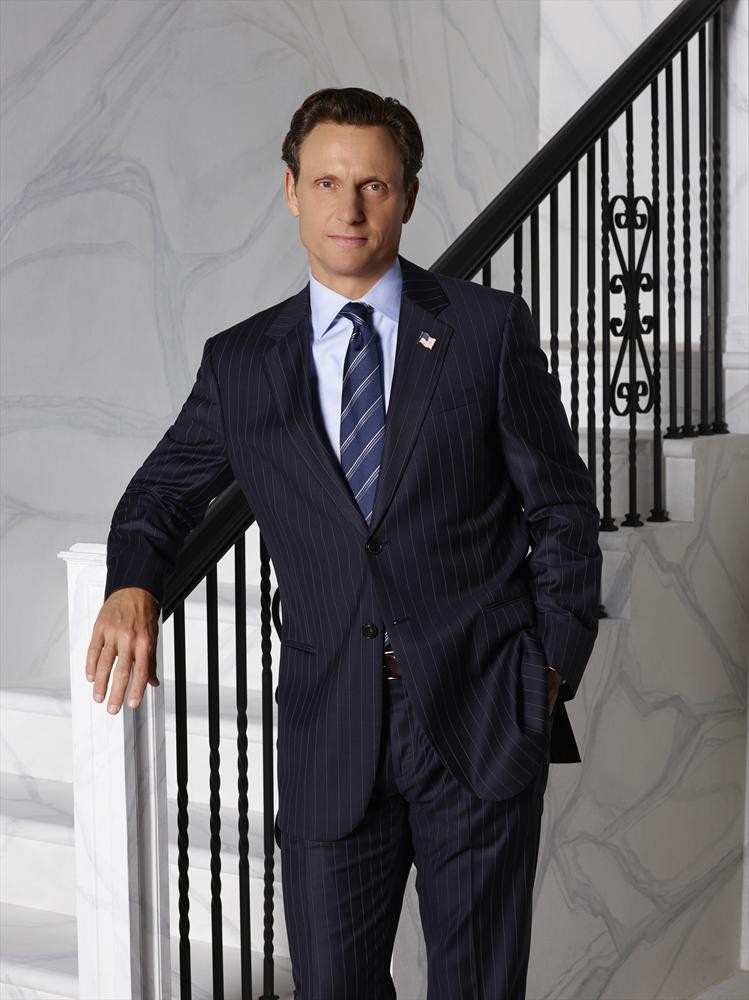 When this episode begins, Olivia strives to have a few moments of normalcy with Jake. He comes home to find dinner prepared (complete with wine), and Olivia suggests that they tell each other about their day. Itâ€™s almost like they are playing house. Everything about the scene rings false, not just for us, but for the characters. They each have their secrets, and Jake has just recently threatened Oliviaâ€™s father. As Olivia gives the details of her day, Jake just thinks about his confrontation with Eli Pope.

The scene is interrupted in true Scandal fashion, and all hell breaksÂ loose. The presidentâ€™s daughter is out of control, and she needs Olivia Popeâ€™s help.

By the way, this is a new Karen, played by Body of Proofâ€™s Mary Mouser. And I love her. She is perfect for this role, managing to be completely likeable and adorable while also acting like an insufferable teen.

And the sex tape is the catalyst for some of the most important moments I think weâ€™ll see all season. First of all, itâ€™s a reason for Olivia and Fitz to be in a room together. When they are finally alone, Fitz asks Olivia where she went when she left (cue dramatic #Olitz music) and she lies and tells him she needed time alone.

Thereâ€™s also a pretty uncomfortable confrontation when Mellie spots Olivia and chases after her, still in her pajamas and unkempt hair. Olivia remains completely calm and stoic as Mellie demands to know why she is in her house. The look on Oliviaâ€™s face isnâ€™t one of anger or guilt, itâ€™s of pity.

But when Mellie confronts Fitz, he finally loses it on her. I felt bad for Mellie for just a minute, but the thing is, everything Fitz says to her is completely true. She hasnâ€™t been a good mother lately. In fact, she hasnâ€™t been a mother at all. Their youngest child (who, honestly, I had forgotten all about) thinks the nanny is his mother. Harsh? Yes. But she needed to hear it, and I think this will turn out to be a pivotal moment for her.

Mellie snaps back angrily with, â€œA sex tape? She takes after her daddy then, doesnâ€™t she?â€

Meanwhile, Olivia is doing what she does best and tries to get rid of the sex tape. She and her team find the boy who recorded it, and Olivia meets with his parents. You might imagine that the parents would be embarrassed and concerned for their son, but no. They want money, and have a large asking price.

Itâ€™s sick, really. And of all the people to blackmail, they think they are going to blackmail the POTUS? Not if Olivia Pope has anything to do with it.

She goes to Fitz and they talk about the awful blackmailers and Karen and her issues. Fitz seems as though heâ€™s been holding it together pretty well all season, but he confesses to Olivia that he feels as though heâ€™s failing as a husband and a father. He grabs Olivia and pulls her close.

Fitz: “Donâ€™t ever leave me like that again. I almost didnâ€™t survive. I almost died without you.”

He kisses her, but Olivia pulls away. Itâ€™s a hard moment to watch as Fitz seems desperate for Olivia to return his affection. But she finally tells him the truth. She didnâ€™t go away alone. She went away with Jake.

Fitz: “So I am a failure as a father, a husband, and a man. Good to know. Heavy is the head that wears the crown, they say.”

Itâ€™s impossible not to feel sorry for Fitz, and I canâ€™t imagine what might turn him around. At least Olivia is able to do what she does best and fix the Karen problem. She threatens the boyâ€™s parents by turning the tables, snapping their photo, and calling them child pornographers. Itâ€™s a vindicating scene â€” thereâ€™s nothing quite like seeing Olivia pull out her white hat and triumph over some bad guys. Or in this case, bad parents.

But my favorite moment of this episode was with Karen and Mellie. Once Mellie had time to think a little about the news sheâ€™s learned about her daughter, she visits her in her room and tells her sheâ€™s worried. Karen expects to be punished or lectured, but instead, Mellie is sympathetic. She says she thinks Karen is acting out because she is sad about the loss of her brother, and so she gets a free pass. Mellie realizes she can no longer wallow in her own grief because she still has another child to take care of. And this one needs her more than ever. Iâ€™d love to see Karen and Mellie strengthen their relationship. In fact, Iâ€™d love to see more of Karen in general.

Then thereâ€™s Jake. Heâ€™s been busy himself, regaining B613 files and trying to get rid of Papa Pope. And for just a minute, just a brief minute, we think the president may find out who was actually responsible for the murder of his son. The secret service agent who carried out the order has been found out, but heâ€™s pressured by Eli a.k.a Rowan Pope to lie. So when the agent confesses who gave the order, he gives exactly the name we expect. Thereâ€™s a war between Jake and Eli this season, and now Eli has the upper hand as Jake is taken into custody for a crime he didnâ€™t commit.

And it doesnâ€™t help that the president and Jake are in love with the same girl.

The Knick “Start Calling Me Dad”