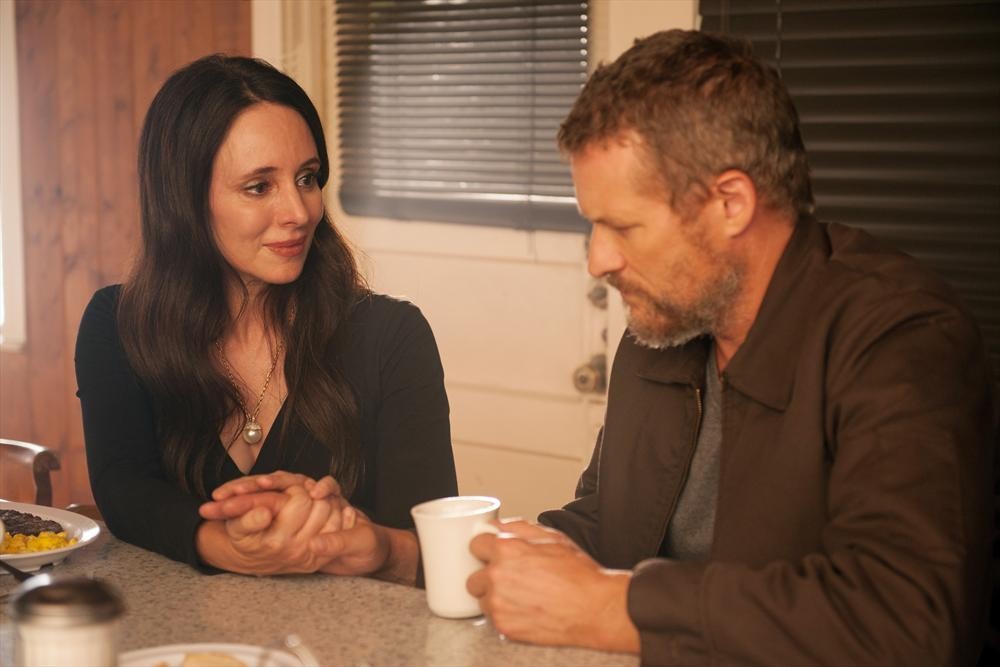 I have to say I like the reset of Season 4. So much of this show was spent building up to what we’ve recently witnessed.Â Now itâ€™s time for the next phase. Here are my thoughts on the last two episodes:

-Even in a mental hospital Victoria is the Queen of the Castle and can get anybody to do her bidding.

-Charlotte is really messed up. (Not a newsflash but going back to the coke and dating a lowlife, come on Charlotte, you can do better)

-Poor Daniel, trying to keep his high-class life on a low budget. Not good. I mean the guy canâ€™t get a job because of his last name, but donâ€™t these big wigs always get second chances? Or is that just show business?

-David Clarke, kidnapping Victoria and not knowing what the guy is going to do. And in this past episode, he is acting like he still loves Victoria. Now she thinks she is playing him, but is she?

-Victoria telling David about Emily Thorne and what she has done to her family. Wow, Victoria is more evil then I originally thought.

-Maybe itâ€™s just me but Iâ€™m not digging the Margaux character. Yes, she outsmarted her bad brother but I feel like Daniel needs someone that is more interesting than her. And is he just using her?

-Back to CharlotteÂ – Not only does Charlotte try to kill herself, she finds out that Emily is really her sister, Amanda. And then she gets so mad that she tries to kill Emily. And then when Jack saves Emily from his burning bar (RIP Stowaway) Emily protects Charlotte. Will Charlotte forgive her?

-David Clarke goes to kill Emily Thorne and succeeds in getting into the mansion because Nolan is working on getting the security system up and running.

-How great is that when David is standing over Emily and you can really see him realize that this is actually his daughter. (At least that is what it looked like to me)

-Then Nolan comes to save the Emily and almost kills David in the process. How bad would Nolan feel if he killed his mentor?

I am very excited about this coming episode because Emily is going to see that her father is still alive. Will she be mad that he never came to find her or will her whole being change because she has been fighting for him this whole time on the idea that he was dead?

Revenge airs on Sunday nights at 10:00pm on ABC.

Power “Who You With?”