This season of ABC’s Revenge is the season we’ve been waiting for. Victoria knows who Emily Thorne really is. Finally. Starting tonight,Â we simplyÂ need to sit back and watch the fireworks explode.

Synopsis for the Season FourÂ Premiere — â€œRenaissanceâ€ â€“ As Emily plans to host her most surprising party ever, Victoria finds a way to turn her greatest setback into a dangerous advantage. Meanwhile, unbeknownst to them both, David Clarke plans his next move.

From the looks of the show’s season four trailer (below), the flip is about to be switched. Unsurprisingly, Victoria is on the warpath and she blames Emily/Amanda for everything including losing the so called love of her life, Pascal. Our best guess is that everyone is going to need to clear a path as Emily and Victoria take their heated and mega-bitchy rivalry to a whole new level.

But, first, Victoria has to get out of the mental hospital where Emily dumped her. Wonder how long she’s been stewing in that place? No doubt Victoria’s been creating her own revengenda and as soon as she figures out how to escape her prison, she’ll enactÂ phase one of her plan. Emily’s going to have to watch out. Aside from losing Aiden (we still haven’t gotten over that loss, by the way, thankyouverymuch), at some point this season Ms. Thorne will have to deal with the fact that her father never died.

We are so thankful that this daddy alive plot twist has happened because David Clarke’sÂ resurrection is surely going to affect the landscape of this series big time. We’re excited to find out the hows and the whys and the WTFs of it all.

Other Revenge Enigmas: There were no official press photos showing Daniel’s fate. Is he in prison after Margaux’s scheming brother set him up? With Aiden gone, will Jack and Emily find a way to forget about all the drama and the baggage that has existed between them? Will they get together? At this point, are they even end game? And will there ever be a viable love interest for Nolan? While we loved us some Justin Hartley last season, there was no wayÂ Victoria’s long lost son was a together forever kind of matchÂ for our favorite Hampton’s hacker. Hopefully, they’ll be able to come up with someone worthy of Nolan. And we’re also wondering if he’ll find out about David being alive before Emily will. Finally, will this show manageÂ to come up with a decent storyline for Charlotte? Inquiring minds would like to know. But the same inquiring minds are skeptical.

Guess we’ll all find out when the season four premiere of Revenge airs on ABC tonight at 10/9c. 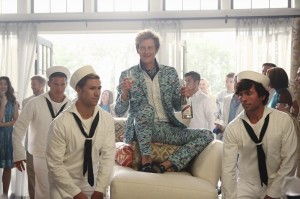 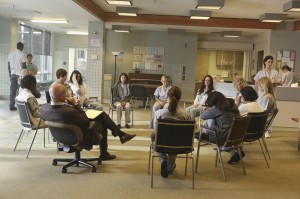 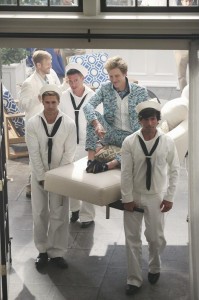 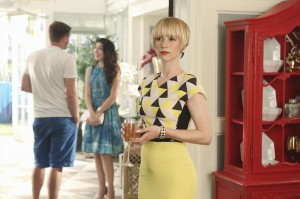 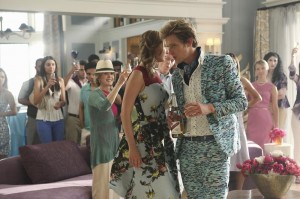 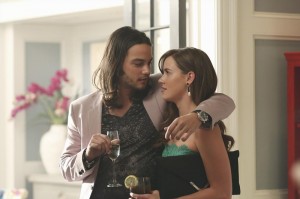 What They Said: Favorite Quotes from Brooklyn Nine-Nine "Undercover"