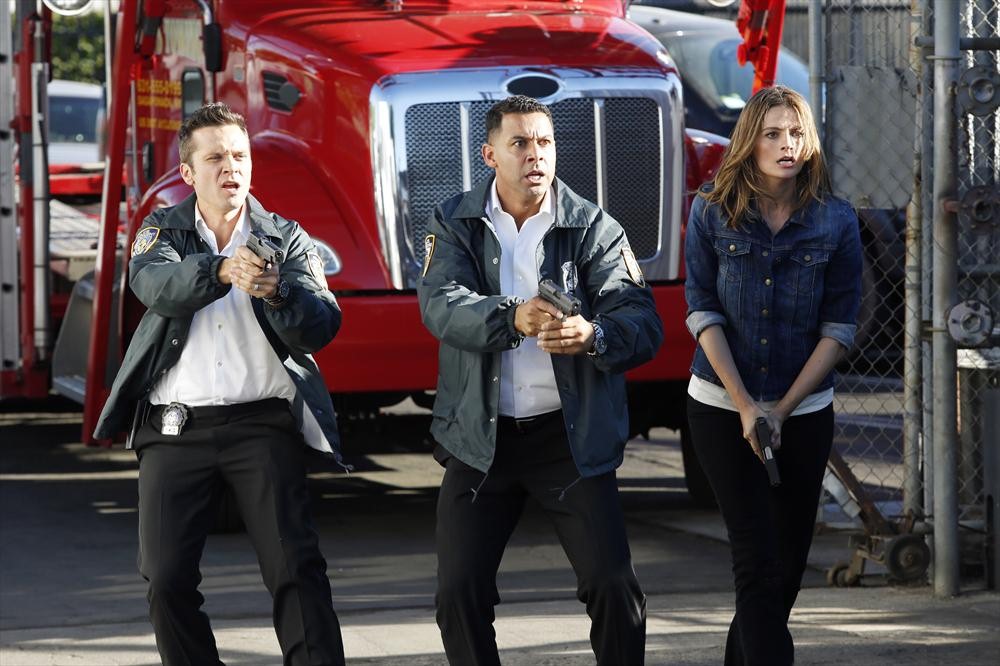 The powers that be over at ABC’s Castle left us with a massive cliff-hanger to end season six. On the way to his wedding, Rick was run off the road, his car in flames. It’s finally time to see what happened next whenÂ Castle returns with season seven Monday night.

Synopsis for â€œDrivenâ€ â€“ In the Season 6 finale, as Richard Castle drove to his much-anticipated nuptials, an ominous black SUV bore down on him. Meanwhile, after waiting in vain for Castle to arrive at the wedding, Beckett was called to an accident scene to find Castleâ€™s car in a ravine, engulfed in flames. Who or what caused the car crash? Is there any way Castle could have survived? The episode will pick-up at the scene of that accident, right where the finale left off, in a premiere that promises to put Beckett through the toughest case of her career.Â â€œDrivenâ€ was written by David Amann and directed by Rob Bowman.

We’ve seen the episode and we don’t want to give too much away. What we will say is that by the end of the episode there will be more questions than answers. Here’s what else you can expect:

The seventh season of Castle begins Monday night at 10/9c on ABC. Once Upon a Time "A Tale of Two Sisters"

The Night Of Preview: “The Season of the Witch”