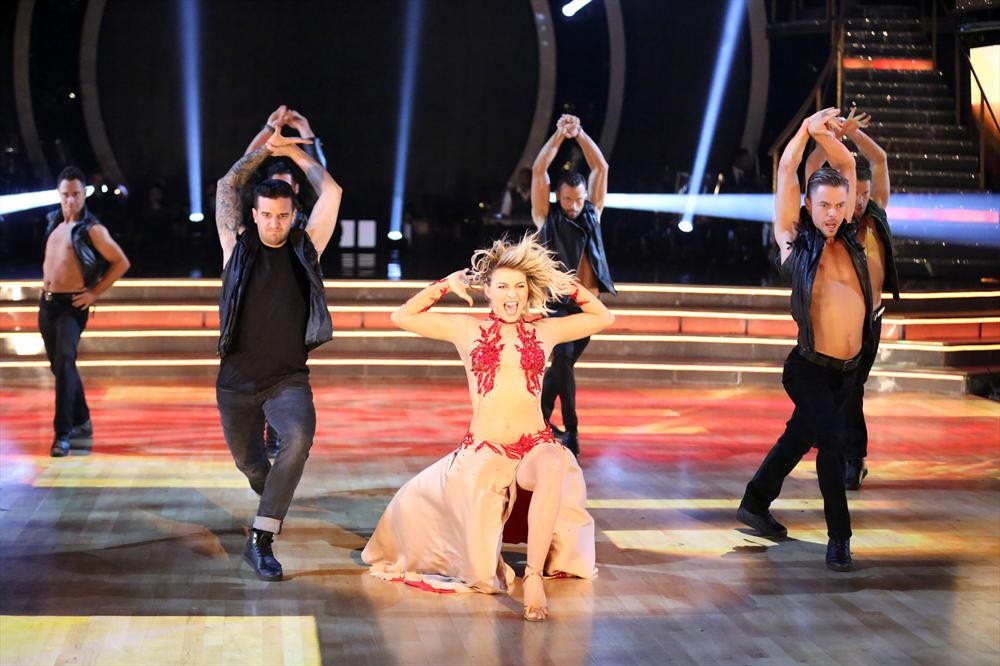 Week 2 of the new season and the stars got to pick their favorite â€œjams.â€ But will the people that had trouble last week, redeem themselves this week.

Letâ€™s breakdown how the couples did:

-Instead of the judges picking the encore dance, the audience would pick it on Twitter. It was between Janel & Val and Lea & Artem. We’ll find out who got the dance a little later.

-The first three couples to find out their status were Betsy & Tony, Lea & Artem and Randy & Karina. Lea and Artem are safe. Randy and Karina are safe. Betsey and Tony are safe. Everyone is safe.

-Janel and Val are told they getÂ the encore dance.

-Len isn’t going to be around for the next couple of weeks. He’ll be over in England doing their version of Dancing with the Stars called Strictly Ballroom. Subbing in for him will be fun guest hosts. Next week, comedian Kevin Hart will be the guest judge. Not sure how that is going to work but at least he is funny.

-Julianne showd us why she is one of the best by doing a dance with all the male pros.

-Sadie and Mark are safe. It comes down to Michael & Emma and Tavis & Sharna for the final two:

Tavis and Sharna say goodbye to the dance floor. (And I hear heâ€™s not so happy about it)

Bruno: â€œYou can call me anytime.â€

Erin: â€œHowâ€™s that for tough love, I hit you in the chinâ€

Tom: Â â€œCarrie Ann is the only judge we have installed airbags.â€

Tom: â€œIsnâ€™t it great to get feeling back there again?â€

Michael: â€œI want to see you in a bikini. Iâ€™m not going to make that up.â€

Erin: â€œAnd we call that thanks for signing the waiver.â€

Tom: â€œAh, those ever helpful voices in our head.â€

Tommy: â€œPlease vote for us because we will save the world.â€

Tom: â€œThe you break, you buy it microphone.â€

Tom: â€œYou get creepier as the show goes on. You know that.â€

Tommy: â€œDo you want to touch my boob?â€

And We're Back! Sleepy Hollow "This is War"

Castle “The Good, The Bad & The Baby”

The Musketeers “Keep Your Friends Close”