Let’s talk a little about last week’s episode before we look forward to what’s to come, shall we?

I just don’t know what to think about Thackery and Lucy. I enjoyed seeing her teach him to ride a bicycle, but I honestly believe any romantic relationship between these two will end in disaster. I’m not saying it’ll definitely head in that direction, but if I was a betting woman…. Thackery’s so damaged, but maybe that’s a small (or big) part of what Lucy likes about him.

Barrow manages to convince the Captain to fund the purchase of Edison’s new invention, which isn’t a surprise. I did expect him to inflate the price to line his own pockets though. Is he slipping? That man always seems to know when to make his move, so I’m kind of surprised he didn’t try to get more out of Robertson. We all know he still has a mountain of debt. Maybe he’s biding his time and/or planning a much bigger score. It wouldn’t surprise me.

I never thought we’d actually see Thackery invite Edwards to scrub in on a surgery, so that was a treat. And talk about tense. While Edwards was pushing for an amputation, Thackery found a way to avoid it. Of course, maybe Bunky’s extra incentiveÂ to keep the leg attached to the patient made it easier.

I’m still not a fan of Gallinger, but I do feel for what him and his wife are going through with their baby girl. I can’t imagine the crushing guilt I’d feel if I was responsible for doing that to my own flesh and blood. When the hospital couldn’t track him down, I thought Gallinger might have gone to a hospital uptown to get his daughter treated. I’m glad he turned to The Knick in his time of need.

And are Harry and Cleary actually becoming friends? I would never have seen that coming or even thought it possible. But I like it. I like it a lot.

After testing out a new procedure, Thackery and Bertie vow to reverse a series of failures in the operating theatre. Euphoric after helping Speight, CorneliaÂ finds herself less than enthusiastic about her status as the future Mrs. Phillip Showalter. Thackery entertains a salesmanâ€™s pitch; Everett considers how to help Eleanor with her grief; Barrow haggles over used merchandise. Edwards finds his clinic, and his career, in jeopardy after a surprise encounter. 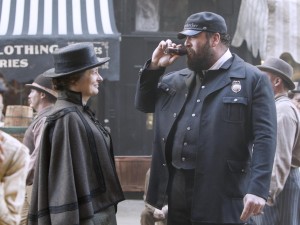 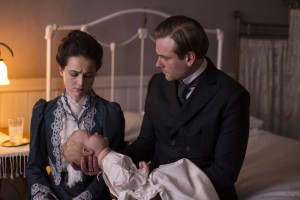 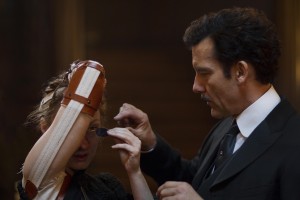 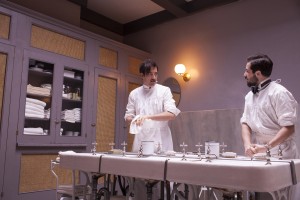 Pete (Finally) Gets the Beat Down He Deserves, Mad Men “Signal 30”