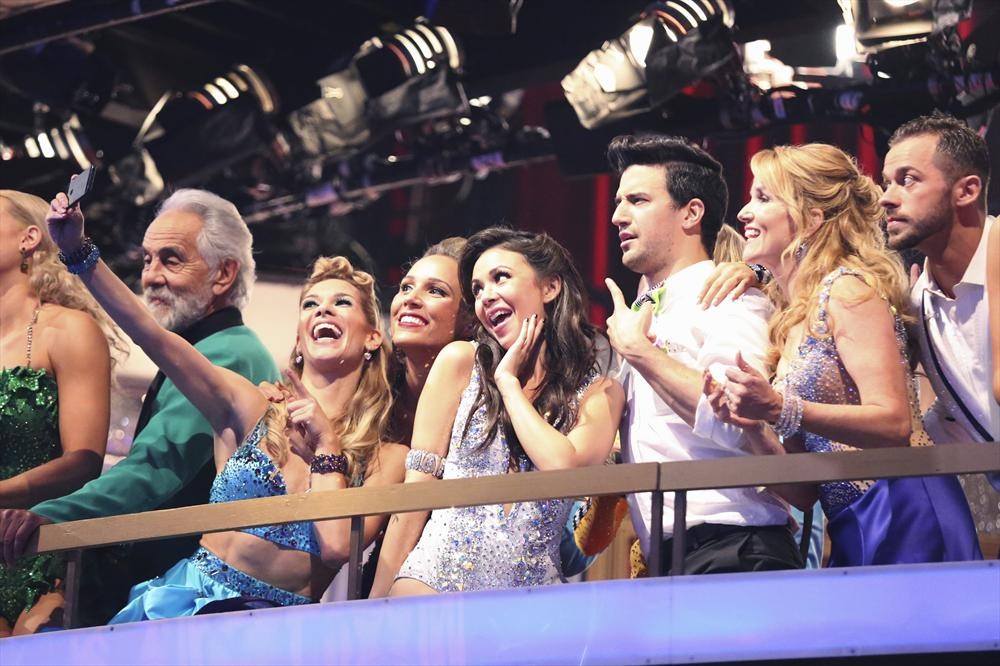 Itâ€™s that time again and all is right with the world because Dancing with the Stars is back! Â It was a crazy two-night extravaganza.

We now have four judges full time with the addition of Julianne Hough. But it might be one judge too many. Mainly because the loss of time when critiquing. Besides that, there were a bunch of surprises. I have to admit, I wasnâ€™t sure how I was feeling about the new season but I was pleasantly surprised. Letâ€™s breakdown the couples:

As the first night ended, it was anybodyâ€™s game, but who would go?

The Encore dance was brought back and, of course, it was Alfonso and Witney. Is it just me or was the dance even better than the first night?

But what the night came down to were the following couples were in jeopardy:

Tony and Betsey, Michael and Emma, Lea and Artem and Lolo and Keo.

And the right couple went and that was Lolo and Keo. I think he was actually relieved.

Cheryl: â€œIâ€™m sure youâ€™ve used them, you have three kidsâ€

Bruno: â€œYou have to learn to use your balls.â€

Tom: Â â€œYouâ€™ve have been lonely all summer, havenâ€™t you?â€

Tom: Â â€œDoing some minor construction here, they thought the premiere was tomorrow.â€

Tom: â€œThe dangers of texting and dancing have been proven lethal.â€

Tom: â€œBut you werenâ€™t as tone deaf as him singing Frozen.â€

Erin: â€œNo one needs an Elsa moment from Bruno.â€

Michael: â€œIn my defense, my onesie gave me a wedgie every time I did that.â€

Tom: Â â€œJonathan is so lit up I think heâ€™s been hanging with our next contestant.â€

Tom: â€œAnd thatâ€™s why thereâ€™s a heat wave in Hollywood.â€

Tom: â€œDancing with the Stars, where body fat goes to die.â€

Peta: â€œThat sounded sexual but I didnâ€™t mean it like that.â€

So who will go next week? Â Remember you have to vote because if you donâ€™t the pair you want to be there might go home.

Chloe’s Ghosts Put To Rest in Lucifer “My Little Monkey”

The Finalists Are… The Fashion Fund “The Ten”