After Matt’s demise in last week’s episode and the discovery that his ex-wife is missing, Dr. Goodweather continues his search and is very disturbed with what he finds. Yeah, we knew this probably wouldn’t end well, but the way things actually play out will surprise you, guaranteed. We also want to mention that this is theÂ episode where Natalie Brown shines. The Kelly Goodweather character may have been somewhat in the background for the majority of the season, but that changes in this episode and you can be sure we’re going to be seeing a lot more of the character as we head toward the season finale and going into season two. We had the opportunity to speak to Natalie at SDCC about her role as Kelly Goodweather. Check out the below video where she discusses the evolution of her character throughout the season and why this episode is her favorite.

In the meantime and armed with the information about Palmer and his role in the plague that is raining down on the city, Dutch and Vasily team up to formulate their own strategy for stopping the billionaire’s plan for immortality and Mr. Fitzwilliam makes a surprising choice.

Roger Cross guest-stars as Mr. Fitzwilliam and Robert Maillet as the Master. 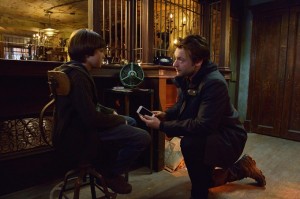 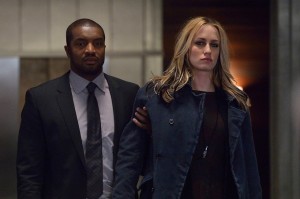 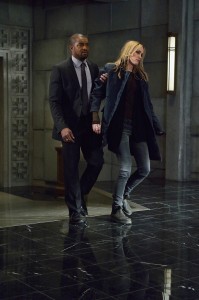 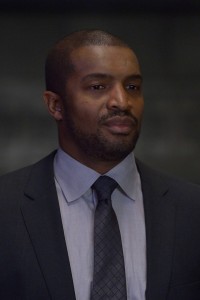 Fall TV Crush: The Guys of The CW’s Ringer