We’ve been exited about this miniseries since it was announced last year. We’ve been fans of Adrien Brody for quite some time, so we’re so exited to see him on the small screen and in a project he’s so passionate about. What do we really know about Harry Houdini? He’s remembered for his daring escapes, but who’s the man behind the famous facade?

From humble beginnings at circus sideshows to sold-out concert halls, Eastern European immigrant Ehrich Weiss rose to become a household name across the globe â€“ Houdini. Academy Award winner Adrien BrodyÂ stars as The Great Harry Houdini as he finds fame, engages in espionage, battles spiritualists and encounters the greatest names of the era, from U.S. presidents to Arthur Conan Doyle and Rasputin. A thrilling ride throughout Harryâ€™s psyche, HoudiniÂ delves deep behind the curtain into his life through his stunts, his visions, and his mastery of illusion.

Joining Brody is Kristen Connolly Â as Bess Houdini, the love of Harryâ€™s life and right hand when it came to some of his most amazing feats and Evan Jones as Jim Collins, Harryâ€™s assistant and confidant.

Adrien Brody’s Harry Houdini
Harry Houdini was Americaâ€™s first superstar. A master magician and illusionist, he was renowned for his sensational escape acts. He moved away from illusions in the latter part of his life and became obsessed with debunking spiritualists after many failed attempts to contact his mother after death.

Kristen Connolly’s Bess Houdini
Bess was her husband Harryâ€™s right hand. Originally she was a part of Houdiniâ€™s act, but as his fame rose she retreated farther into the background as her relationship with her husband was eclipsed by worldwide fame.

Evan Jones’ Jim Collins
As Houdiniâ€™s assistant, Jim was responsible for many of the illusions that Harry Houdini brought to fruition. Jimâ€™s out of the box ideas and Houdiniâ€™s willingness to try just about anything made for a partnership that produced Houdiniâ€™s most spectacular escapes.

Eszter Ã“nodi‘s Cecilia Weiss
Houdini and his mother Cecelia had a close and loving relationship, some would say too close. Houdini would do anything for his mother and her death marked a turning point in his life. Houdini spent his last years debunking spiritualists and psychics who failed to reunite him with his motherâ€™s spirit so that he could ask her one last burning question.

David Colder’s Sir Arthur Conan Doyle
The author of Sherlock Holmes, Sir Arthur Conan Doyle was an early 20th century legend. Impressed and awed by Houdiniâ€™s shows, Doyle was convinced that the master of illusion did in fact possess mystical powers. Doyleâ€™s wife was a sought-after spiritualist and after she failed to bring back Houdiniâ€™s mother, the friendship between the Doyles and the Houdinis soured.

Linda Marlowe‘s Lady Doyle
Wife of Sir Arthur Conan Doyle and a renowned spiritualist of her time. Lady Doyle, like her husband, is convinced that Houdini possesses actual powers. After his motherâ€™s death, she offers to do a psychic reading that results in the dissolution of a friendship between Lady Doyle and her husband and Houdini. 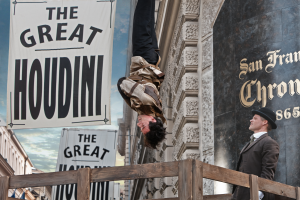 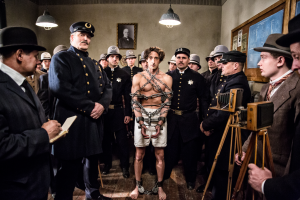 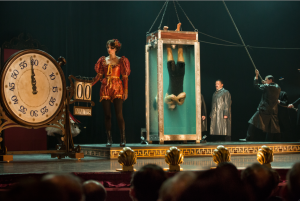 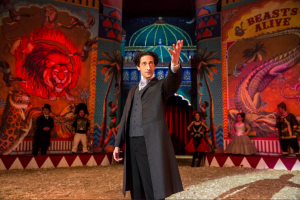 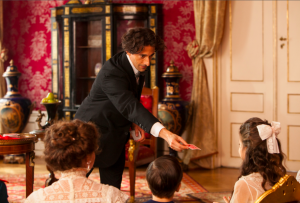 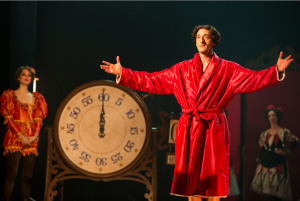 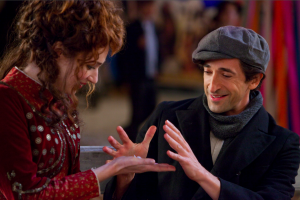 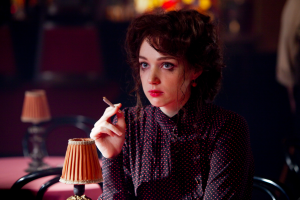 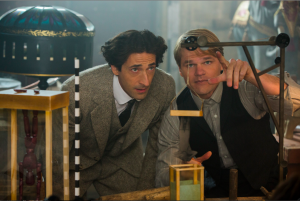 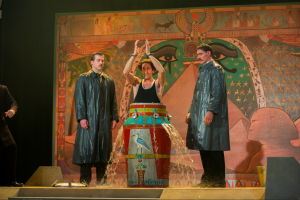 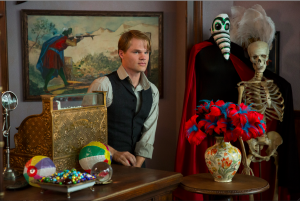