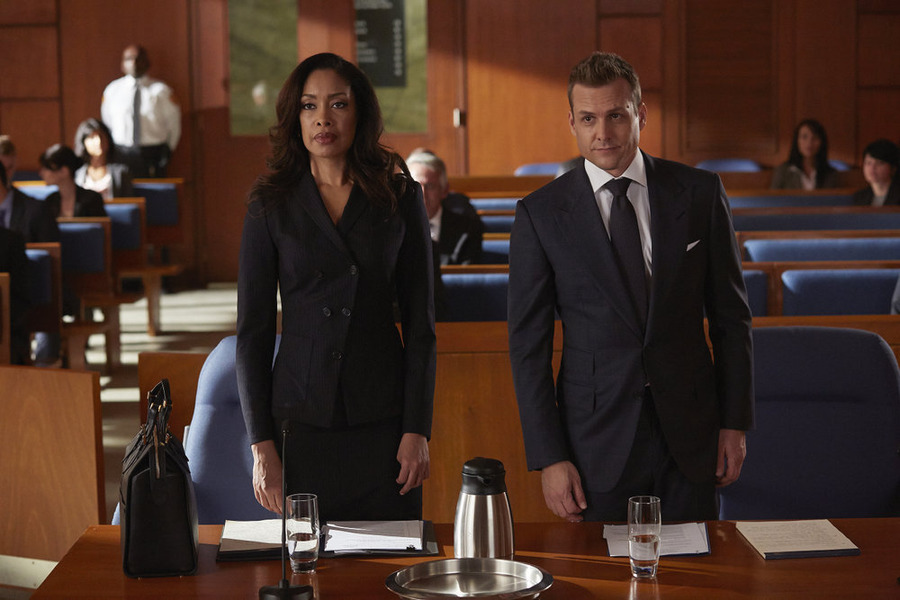 RELATED STORY: Our recap for the Suits summer season finale

The summer finale for Suits is already here. How did that happen? A lot went downÂ in the first part of season four. Some thoughts:

-The Mike vs. Harvey story was really good drama but I am so invested in those two characters that when they’re not getting along, it’s painful to watch. So I’m glad they are at least working together again. But, for the record, I was Team Harvey. Sorry, Mike. I love you, too. But I love Harvey more.

-I am beyond ecstatic that Jessica actually got a love interest this season. I love me some D.B. Woodside something fierce so Jeff Malone was definitely a welcome presence at Pearson Specter. But Jessica and Jeff have some issues and I’m okay with that. It helps keep them interesting.

–Rick Hoffman is the MVP of season four so far. Runner up would have to be Donna. But seriously, Louis Litt was my world this season. And that’s why it was heartbreaking when he fell on hisÂ sword andÂ resigned fromÂ the firm. Just so Jessica and Harvey didn’t have to go through the pain of firing him. “Take care of my home,” he said in his letter. I about lost it at that point. There are many reasons why Louis was so awesome this season, more awesome than ever before:

-I loved the fact that Meghan Markle got so much to do this season. She really brought it as a woman who has to balance work with school. And as a woman who had to deal with her past coming back to kiss her…I mean kick her in the you know what. Oh that kiss between Logan Sanders and Rachel was infuriating. But I am glad she kept it at a kiss. I loved how the show fleshed out the backstory of that relationship. It wasn’t completely predictable. Having said that, I’m still not sure how I feel about the kiss happening as well as Mike’s subsequent reaction. He had every right to be mad. I just feel like Rachel’s had to put up with a lot coming from Mike (like her not knowing about him beingÂ a fraud at first) that he could have been more understanding. I don’t know. I guess getting him back shouldn’t be so easy for Rachel. And I guess that I wish that the show had thought about a differentÂ obstacle to come between Rachel and Mike. Having it be a third party wasn’t my favorite way to cause drama for the couple.

-How many people have it out for Harvey? It always seems like the world is against him. It’s a wonder he even comes out of his apartment so many people are gunning for him. Is this his superpower? I actually wish that Harvey would get to do more than fend off one attack after another. I don’t know what else I’d like to see him do…just something different.

-Donna and Harvey actually made love once. I don’t have any furtherÂ thoughts about it. I’m just glad that Donna confessed this to Rachel. I continue to love Donna and Harvey and the way they are with each other. It’s one of my favorite reasons to watch the show.

Synopsis for summer finale “This is Rome”

Harvey and Jessica take measures to protect the firm from an outsider trying to poach their clients, and Louis struggles to get his personal and professional affairs in order.

Seriously, does everyone have it out for Pearson Specter? If someone doesn’t want to take Harvey or Jessica down than they want to take over the firm or somehow figure out a way to hurt the firm. This episode seems like it’ll set up whatever goes on in the back portion of season four. I’m incredibly anxious to see what Louis’ post-Pearson Specter existence will be like. Will he go after Sheila Sazs? Will he be the outsider trying to poach clients? Who is Harvey going to get all cranky with now that Louis is no longer in the office?Â

What do you expect to see in the summer finale?Â SuitsÂ airs Wednesday night at 9/8c on USA Network. 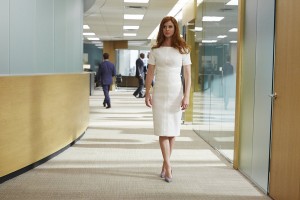 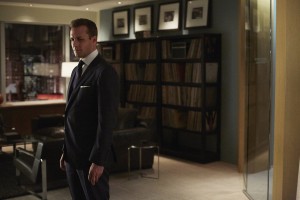 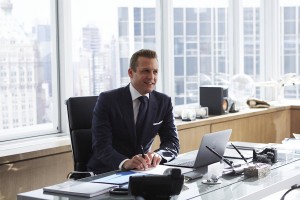 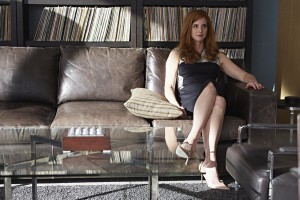 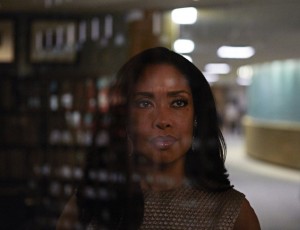 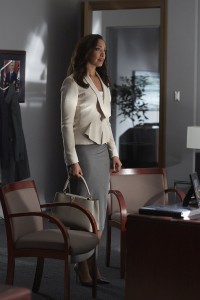 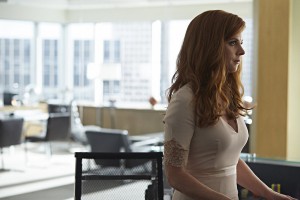