Dr. Edwards is Dr. Thackery’s new number two, but no one seems to want him there except Cornelia and her family. The Knickerbocker is operating in the red, so every effort needs to be made my the surgeons and the rest of the hospital staff to attract the kind of patients who can pay and the kind of PR that will yield results. Ambulance driver Tom Cleary helps them with that goal by bullying other drivers for their sick patients and hospital manager Herman Barrow isn’t above making illicit deals, but they’re to line his own pockets, not the hospital’s. We wonder if the death (by suicide) of Dr. Thackery’s mentor Dr. Christensen will affect his performance. His addiction to cocaine certainly will.

Already fuming over the hospital’s faulty new electrical system, Thackery tasks Herman Barrow (Jeremy Bobb), the Knick’s crooked superintendent, to deliver more cadavers so that he and his team can test out novel surgical procedures. With more patients dying, Edwards offers to share a procedure he learned in France, but is rebuffed by Thackery and Gallinger. Robertson addresses a tyhpoid-fever outbreak; Elkins is taken into Thackery’s confidence; Sister Harriet (Cara Seymour) breaks a taboo. Edwards finds an alternative way to perform his duties.

All images courtesy of Mary Cybulski/Cinemax. 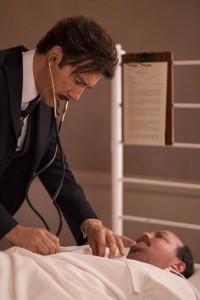 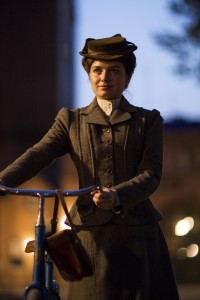 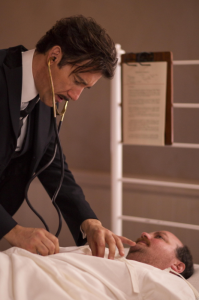