We’ve been hearing about TNT’s Legends for what seems like forever. And now it’s finallyÂ here. The top three reasons to watch this show:

FourÂ more reasons to tune in?

Their TV credits are pretty incredible. We’re talking Game of Thrones (Bean), Heroes (Larter), Veronica Mars (Majorino), Nurse Jackie (Chestnut) and The Practice/Friday Night Lights (Harris)…But now these men and women get to play in a whole new universe, one that’s terrifying, thrilling, confusing and suspenseful. Legends is going to be one of those shows that requires a lot out of its cast…especially Bean. Actually, this show asks him to go above and beyond. And he delivers.

Here’s what you need to know about Legends:

Series Synopsis:Â Based on the award-winning book by master spy novelist Robert Littell, an undercover agent is plunged into a terrifying mystery over his own identity. In Legends, Bean plays Martin Odum, an undercover agent working for the FBI’s Deep Cover Operations (DCO) division. Martin has the uncanny ability to transform himself into a completely different person for each job. But he begins to question his own identity when a mysterious stranger suggests that Martin isnâ€™t the man he believes himself to be.

As Martin tries to find answers to the questions about his identity, he must also continue his primary job as an undercover operative, taking on such roles as a Serbian extremist, a Scottish soccer club executive, a corrupt Chicago police officer, British special forces colonel and a legendary computer hacker. There are many times, however, when he must choose between the demands of his job and his desperate desire to solve the mystery of his own identity. And he doesn’t always make the right choice.

From Comic-Con, EP David Wilcox talks about the show and what a legend is:

Synopsis for the Pilot:Â Deep cover agent Martin Odum returns to the FBI after an assignment infiltrating the Citizenâ€™s Army of Virginia (CAV), a domestic terrorist organization. He tries to re-connect with his estranged wife and son, put his life back together and get the last â€œlegendâ€ behind him but when the CAV announces an eminent attack, Martin must go back under in order to stop them. Also, a mysterious stranger confronts Martin to tell him that his whole life may be a deep cover legend and that everything he thinks he knows is a lie.

What I loved most about the pilot was getting to watch Sean Bean take on one of his legends. It was a joy getting toÂ learn about this identity and how involved itÂ really is. The one we meet in the first couple of episodes is so interesting to me. He’s very quirky and it does require Bean to change his accent, take on a speech impediment, change his very being. And I loved seeing him do that. I was kind of in awe, actually.

At this year’s WonderCon, Bean talked about his characterÂ at a press conference devoted toÂ the series:

There’s total belief in the character. There’s total belief that…I believe that he is this man and therefore that’s why this guy…that’s why it’s a very interesting drama, I think. Because psychologically he’s fascinating. He becomes this person totally. He immerses himself in these characters. He has his own apartments, he has his own preference to food…everything. He totally believes in that character. When those characters kind of collide, that becomes a problem psychologically for him. Even though he doesn’t want to admit it he thinks he can carry on doing these characters and still become himself. It’s like actors. He thinks he can play his part. Sooner or later that’s gonna come down on you. And you’re gonna have some problems.

Martin is a hot mess. There’s no doubt about it. But he’s very good at what he does. Being that deep undercover for long periods of time clearly starts to screw with one’s head. I look forward to whatever this show decides to throw at us and at Bean. It seems like there are going to be shorter story arcs to go with the show’s big mythology which is: Who is Martin Odum? I really like the chemistry Bean shares with Larter, who is awesomely andÂ sufficiently badass. And Majorino’s Maggie is already a favorite of mine.

A couple of minor issues: Chestnut doesn’t show up until the second episode. I love him so the entire pilot I was wondering where he was. And also, even though I likeÂ how Martin tries to keep a relationship with his son going, what’s not as enjoyable are the scenes Bean shares with Amber Valletta, who plays Martin’s ex-wife in the series.

Here’s a first look at TNT’s Legends which debuts tonight at 9/8c on TNT:

PHOTOS from the Pilot
Photo Credit for the Following Images: Richard Foreman/TNT 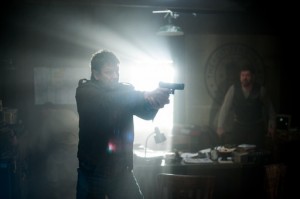 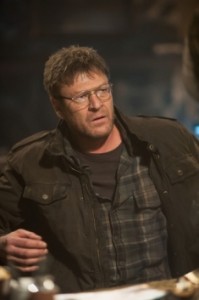 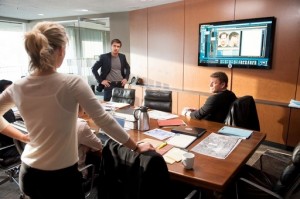 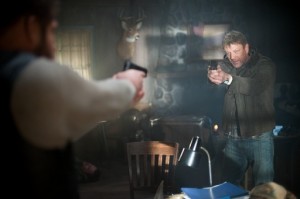 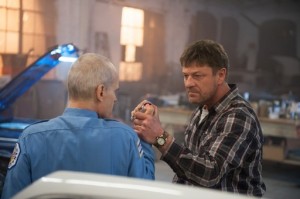 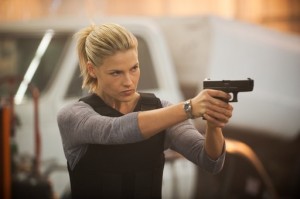 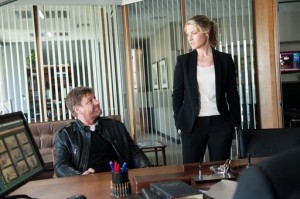 Motive Preview: "A Bullet for Joey" [VIDEO and PHOTOS]

Who Do You Think You Are Preview: "Valerie Bertinelli" [VIDEO and PHOTOS]