Tonight,Â a brand new series materializes before our very eyes. And it’s called Masters of Illusion. Here’s what you need to know:

Synopsis for Masters of Illusion:Â Hosted by actor Dean Cain (â€œLois & Clark: The New Adventures of Supermanâ€),Â MASTERS OF ILLUSIONÂ premieres Friday, Aug. 1 with great escapes, fascinating sleight-of-hand and large scale illusions, all in front of a studio audience.Â  The series features amazing magic performed by cutting-edge illusionists and escape artists, and performers in each episode display skills ranging from perplexing interactive mind magic to hilarious comedy routines.Â  Live audience members and viewers at home will be baffled by the astounding skills of these modern illusionists. 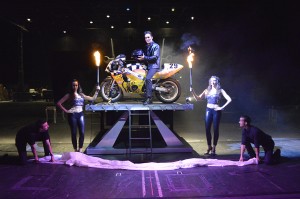 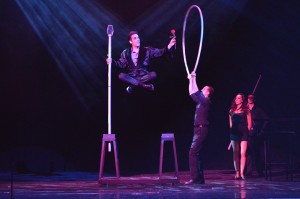 Michael Grandinetti is one of the illusionists being featured on the show. For the CW seriesÂ , Michael filmed several of his large-scaleÂ and audience interactive illusions, including the “360 Degree Levitation”, “Mid-Air Vanish”, and “Rosebush Through Time.” For his performance of “Walking Through Steel”, MichaelÂ was assisted by American Idol and Broadway star Ace Young, who examined the 7ft tall, 200lb metal barrier closely. Michael also recreated a historical piece of magic, first performed by Orson Welles in the 1940’s, utilizing borrowed items and members of the audience.

Check back here next week for an interview with Grandinetti. Until then, enjoy tonight’s series premiere of Masters of Illusion airing at 8/7c on the CW.