At the end of the last episode, the metamorphosis of the four survivors was complete, culminating with Captain Redfern attacking Dr. Goodweather, Nora and Jim. On Sunday, Eph performs a backroom autopsy on the deceased Redfern and what he finds makes him see clearly that he probably should have listened to the old man and hopes that it’s not too late.

In the meantime, Jim confesses his involvement to Eph and Nora with the outcome not being pleasant at all.Â  And, Ansel Barbour begins to see how dangerous he is becoming and takes extreme measures to protect his family.

You can also check out our exclusive coverage of the series at this year’s Comic-Con by clicking here.

All photos credited to Michael Gibson/FX. 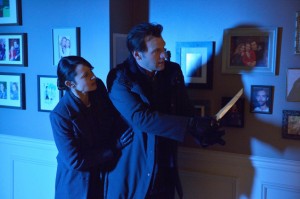 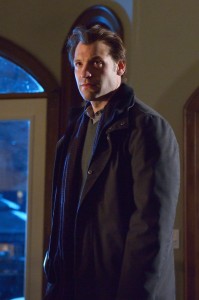 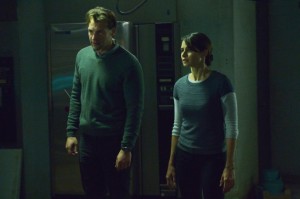 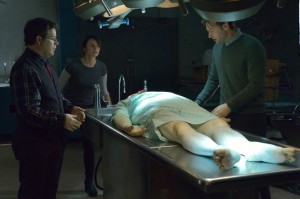 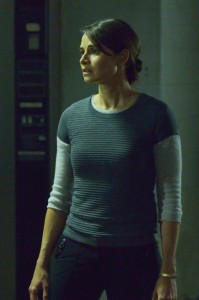 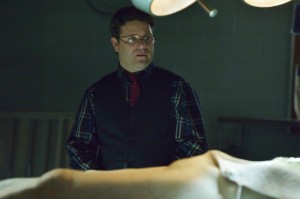