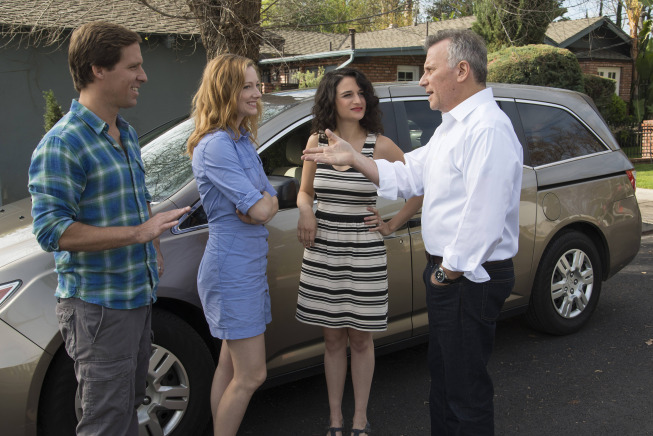 I sincerely hope you guys are watching FX’s new comedy, Married. The ratings for the series premiere were good enough that the network sent out a press release (1.5 million total viewers tuned in to the pilot; 1.1. million of the people who watched were in that all important 18 – 49 demo). If you’re not watching, I am hoping you guys will get with the program sooner rather than later. Because I would desperately like forÂ itÂ to get a season two. Not that I’m watching a lot of comedies this summer, but it’s my favorite by far.

After watching tonight’s episode, “The Getaway,” I am totally hooked. The first two episodes of the series were good. But this one clinched it for me.

Synopsis for “The Getaway”: Russ and Lina go on a romantic getaway. Jess gets in trouble for sexting her neighbor. Written by Kevin Napier; directed by Jesse Peretz.

-What I love about this show is that it manages to portray marriage in a fresh and funny way. There’s a bit of an edge to the humor and things often get seriouslyÂ mangled. But it often works itself out and manages to do so with a lot ofÂ heart. I don’t know how they pull this all off but they do.

-The getaway portion of the episode is really good. I love everything that Russ and Lina go through. I continue to think that Nat Faxon and Judy Greer have the exact kind of chemistry that is needed for a show like this. It isn’t this burning all consuming chemistry. It’s more of a best friends chemistry thatÂ can often be dialed up to show exactly why these two characters are married and have kids. It’s really cool to witness.

-But I have to say that my favorite part of the episode is the Jess sexting her neighbor scenario. It’s all so ridiculous in a completely awesome way. Plus, Mad About You‘s Paul Reiser joins the show in tonight’s episode — he plays Jess’ husband. You know — the one she often complains is ancient. Right off the bat Reiser and Jenny Slate share this connection that makes these two believable to watch. I don’t think I’ve ever liked Reiser as much as I do here (well, maybe in My Two Dads). And Slate is — as usual — her brilliant self. I loved how in last week’s episode we learned more about Brett Gelman‘s AJ. And in this one, Slate gets to shine. I have liked her on NBC’s Parks and Rec but I adore and maybe worship her on Married. Jess is a mess (hey, that rhymes). But I love that about her. I can’t wait to see what other potential disasters she gets herself into. And I can’t wait to see how her hubby responds to each and every one of them.

A new episode of Married airs on FX tonight at 10/9c. 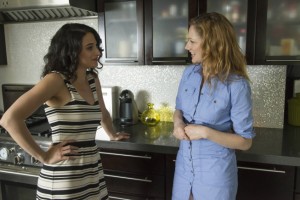 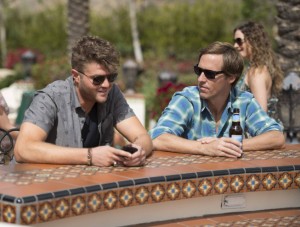 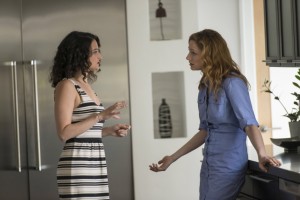 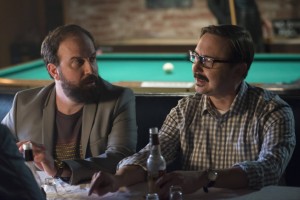