Okay, we don’t mind telling you that it was a very Supernatural Sunday for TV Goodness on July 27 at Comic-Con. 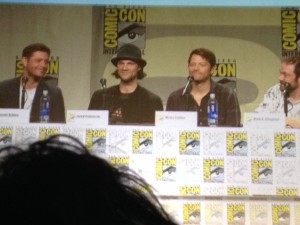 We started off the morning with the panel at Hall H where thousands of SPN fans helped begin the season ten celebration. USA Today’s Brian Truitt moderated the session that included showrunner Jeremy Carver and the four series regulars:Â Jensen Ackles, Jared Padalecki, Misha Collins and Mark Sheppard. The boys talked about the upcoming season plus we got to see an epic teaser clip from episode three (the one Jensen directs) and, of course, an excerpt ofÂ the next DVDÂ gag reel. 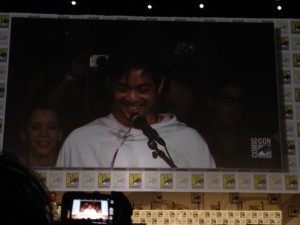 Osric Chau surprised us all and put in a memorable appearance. He was costumed and then revealed himself to everyone at the mic where the fans ask questions. 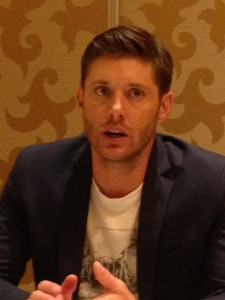 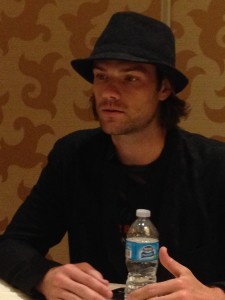 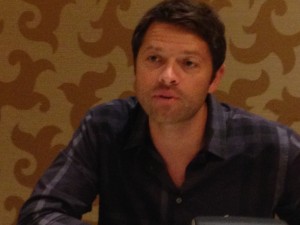 We then hit the press room where we got the chance to be part of a round table of reporters all seeking the opportunity to get some intel on Demon Dean, a Wounded Cas and a Focused and Determined (and possibly scary) Sam. Check out the interviews below. Misha also discussed being directed by Jensen for the very first time; Jensen gave us specifics on what makes Demon Dean different from OG Dean. And Jared talks about whether the Sam we’re going to see is a lot like the one we witnessedÂ at the end of “Mystery Spot.” 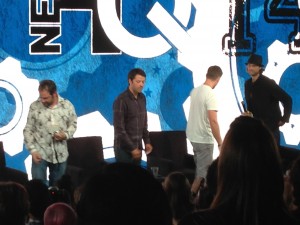 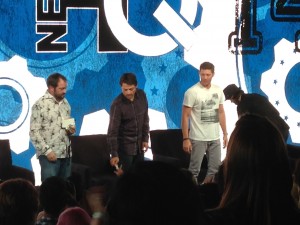 And finally, we headed to San Diego’s baseball stadium, Petco Park, where celebrity Supernatural fan Aisha Tyler moderated a panel with Jared, Jensen, Misha and Mark. The Nerd HQ Q&A was a fun, chill way to end our 2014 convention experience. We knew Tyler was a fan. But now we know she’s a super fan. The way she talked about the show was incredible. She and the guys seemed to have fun answering questions, interacting with the fans, and, of course, having fun at each other’s expense.

To top it all off, on the way home to L.A., we drove by this sign and had to snap a photo: 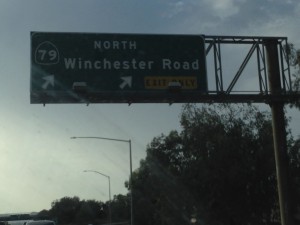 After this year’s Comic-Con, we are even more excited for season ten. The veteran seriesÂ returns on Monday Oct. 6 with a one-hour retrospective. And then the tenth season of Supernatural kicks off on Tuesday Oct. 7 on the CW. Bring. It. On.

VICE Preview: “Enemies at the Gates” and “Global Jihad”