Pssst. Here’s a secret, when it was first announced that TNT was picking up the apocalypse dramaÂ The Last Ship,Â I wasn’t exactly boiling over with excitement. There were already several end-of-the-world and outbreak series on television and I didn’t really see how this one would offer anything different. But after watching the Pilot and binge-watching the remaining episodes, I now realize what a great show this is, and it definitely is on my weekly to-watch list now.

We were fortunate enough to be invited toÂ The Last ShipÂ press room at SDCC and were able to get the deets on what’s next for TNT’sÂ new hit show. Everyone loves Adam Baldwin and the fans will be very glad to hear that his character, XO Mike Slattery, is going to have a major presence in the second half of the season. What’s more, he’s going to be put in situations somewhat outside of his comfort zone and in more and more leadership positions since the commander of the vessel really isn’t supposed to leave the ship. Showrunner Hank Steinberg was also asked about the Russians and whether we will be seeing more of them anytime soon and without giving too much away, the answer was a definite “yes.” Â Fantastic news since the Russian storyline spotlighted in the episode “Dead Reckoning” was one of the best, very much looking forward to seeing how it all plays out.

Travis Van Winkle (Lt. Danny Green) was also there and was an absolute joy to chat with. He talked about his character’s big dilemma of being an officer on a navy ship and Â trying to balance that with the very human side and falling in love with a fellow comrade. He also expanded on his questionable actions in “Dead Reckoning” and how they may ultimately come back to haunt him.

Finally, we got a few minutes with the very lovely Rhona Mitra, who has the added challenge of portraying probably the most technical character, Dr. Rachel Scott, on the show. She described at length what all she did to prepare for the role, learning all of the medical terms but balancing it against not sounding like you’re just reciting the script. She also gave a very eloquent explanation of howÂ The Last ShipÂ is different and isn’t a show just about a viral outbreak or about the military or about any single thing. And, as a fun anecdote, if she could cosplay a character here at SDCC, she’d pick one with wings.

The Last ShipÂ airs on Sunday nights at 9/8c on TNT. 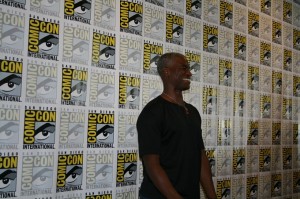 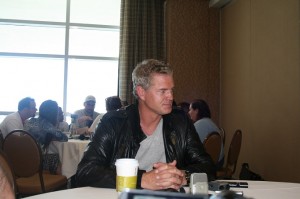 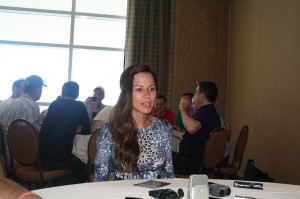 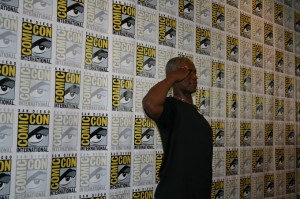 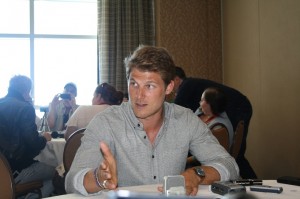 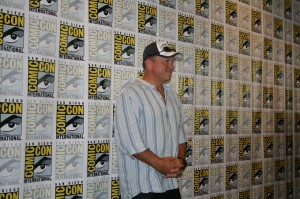