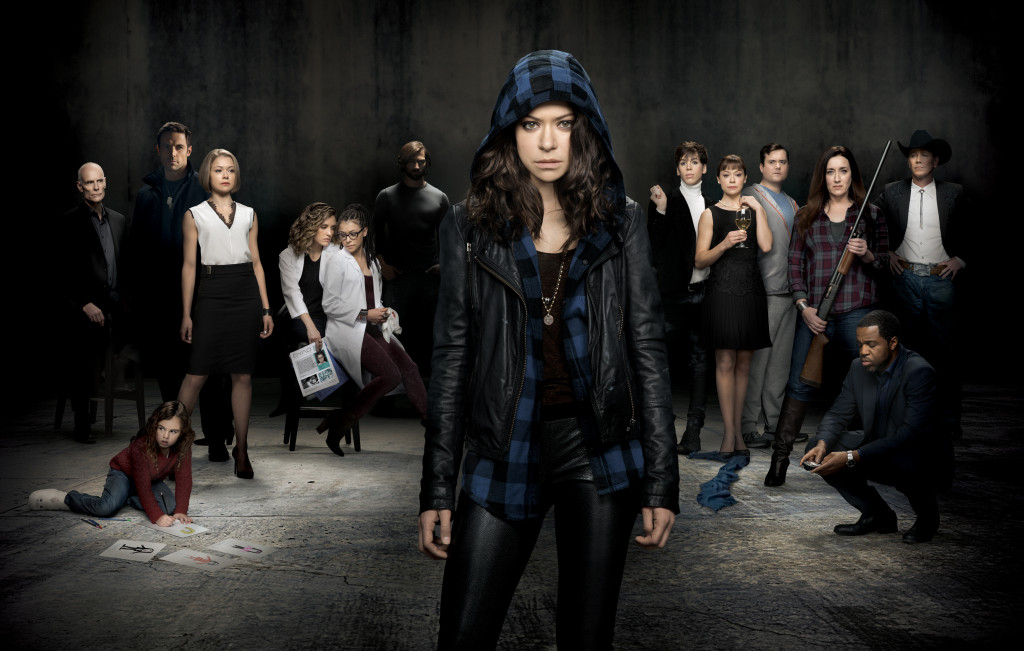 And I’m back with two more shows I’ve had the pleasure of binge watching this summer. HBO’s Silicon Valley and BBC America’s Orphan BlackÂ couldn’t be more different.Â But I loved them both for so many reasons.

I have no idea why I originally decided to visit Silicon Valley. I headed to HBO Go with the intent of clicking on the first season of True Detective. I clearly made a detour and I’m so glad that I did (although at some point I will hit True Detective. I promise). At first sight the show was good but I wasn’t sure if the characters were going to click with me. They all ended up clicking by the end of the second episode.

I think my favorites are T.J. Miller’s Erlich (Erlich is obnoxious and horrible and awesome all at the same time) and Christopher Evan Welch‘s Peter Gregory. It wasn’t until after I finished the entire season that I found out Welch passed away at the end of last year. That made me so sad because he was so incredibly talented. He really shined on Silicon Valley. I truly he had received anÂ Emmy nomination for supporting actor.

I also kind of worship the way Zach Woods brings Jared to life. The character is so awkward, goofy and invisible to just about everyone. But not to me. I always have an eye on him. He almost always looks like he’s on the verge of tears. I also enjoy the rivalry between Gilfoyle [Martin Starr] and Dinesh [Kumail Nanjiani] immensely.

This show is ridiculous and hilarious even though it’s not always hilarious in the laugh out loud kind of way. A lot of times I’m simply pleasantly amused at what I see before me. Even with the absence of one quirky, crazy, out of touch venture capitalist like Peter Gregory, I can’t wait to see what the writers and producers come up with next. The finale set up what could be an even better second season. The company at the heart of this show is called Pied Piper and you know what? It’s a perfect name because I’ll blindly follow Richard [Thomas Middleditch] and his friends/colleagues whenever the show returns.

A big congrats goes out to Silicon Valley for its five Primetime Emmy nominations:

The Silicon Valley Main Title Design (for those who are wondering)

I’ve come to a decision. I am always going to binge watch Orphan Black. That’s how I watched season one since I discovered it late. And that’s how I ended up enjoying season two. I DVR’d the entire season and the day before the finale aired, I started watching the first nine episodes.

I’m glad I did it that way. Because I didn’t have to stew too long over the things that upset me (like not enough Hot Paul). Before I knew it, I was on to the next episode. Marathon-ing is simply an amazing way to get immersed in the life of everything clone related.

Once again, Tatiana Maslany deserves all the awards. She’s incredible. The only hiccup for me was the introduction of transgendered Tony. I need to see the character again before I decide to accept or reject that clone. All in all, season one wasn’t a fluke. The way Maslany makes each clone such an individual continues to defy my expectations. I really don’t know how she does it.

The Clone Club dancing scene in the finale was my favorite scene of the entire second season. My second favorite scene may have been when Hot Paul [Dylan Bruce] and Beautiful Liam came face to face. I’m so thankful for the addition of Michiel Huisman. He and Tatiana oozed chemistry. He almost made me forget about Paul and Sarah from year one.

Some of the other things this show did right: FelixÂ [Jordan Gavaris]Â interacting with just about everyone; more Art and Mrs. S.; and letting Helena enjoy a little lovin’ in between her freaky deaky storylines (with a guest star appearance from Suits‘ Patrick J. Adams). I even loved how they sort of redeemed Donnie. On the negative side of things, the ending of the season was a bit confusing. And we’re going to have to wait too long to have it all explained.

Some bad news: The Emmys once again got it wrong when it comes to Maslany. She should have been nominated. I know Orphan Black isn’t the type of show that the Television Academy likes to recognize, but come on. What she’s done in the first two seasons is incredible. Everyone should know this by now.

Some good news: BBC America has renewed Orphan Black for a third season. This tidbit of information came out of the network’s TCA panel this week. I know I breathed a big sigh of relief when I found out this show will be back next spring with ten new episodes. Wish it had been renewed for 13, though. Just saying.

Any Other Name: A Longmire Mystery by Craig Johnson [BOOK GIVEAWAY]