My Great Big Binge-Watching Summer: Being Human & Being Mary Jane 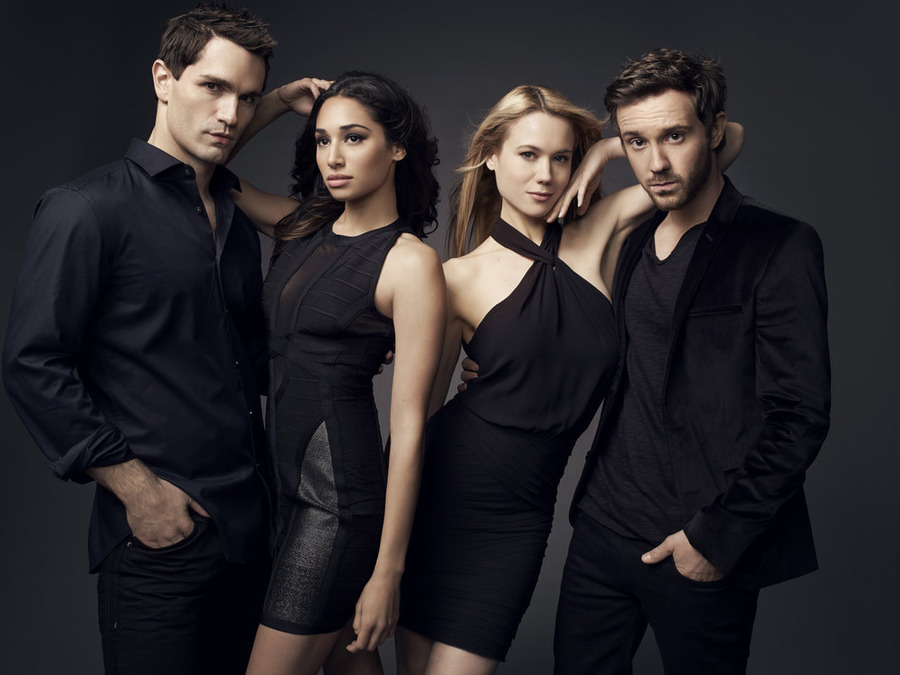 I have a confession to make. There was way too much TV that aired in the past year for me to keep up. I slacked. Majorly. Shows I wanted to watch I didn’t have time for. There were shows I purposely skipped knowing I would catch up in the summer. And then there were those shows I started but fell way behind. Well, it’s now or never. In My Great Gig Binge-Watching Summer column, I’m going to keep track of everything I binge and share a few (too many) thoughts on them. And who knows, my fellow TV Goodness writer Kara Howland may get in on the binge-watching action as well.

I want to thank the TV gods for the fact that most cable series do not live and die by the standard 22-episode broadcast network model. So a lot of my catching up can be done in a few short days or even less. Here we go.

WARNING: Spoilers for each show

Being Human, Syfy (the fourth and final season, 13 episodes)

I kicked off My Great Big Binge-Watching Summer with Syfy’s Being Human. I meant to watch the final season of this series as it aired. But I just couldn’t manage it. For almost two months the episodes satÂ on my DVR staring at me in judgment. Thankfully, by the time I got around to it, I had only been spoiled a little bit.

But now that I’ve completed it, I’m going to have to say I’m super happy I waited to binge season four. The episodes were epic, tragic, strange and wonderful. Oh and it was dark. So dark. It all ended with Nora and Josh together (and alive). Meanwhile, Sally and Aidan were together (and dead).

The final season was exhausting emotionally but completely and utterly satisfying on just about every level. There were things that were so damn strange and with Sally jumping around in time, I didn’t know if it was all going to work for me. But it did. I don’t know if I would have enjoyed it as much if I hadn’t binged it over a two-day period. I’m glad I didn’t have to wait a week between episodes. So I truly feel this is the way I was meant to watch it.

I applaud EP Anna Fricke and her crew as well as the cast who really made me feel for these characters. There was a time in this series, I didn’t know if I was going to be able to. And I really love the way they got Aidan and Sally together. I knew some of that had happened in the UK series but with the way things were going, I didn’t think this US version would actually go there. They did. And I loved watching it all unfold.

When the original Being Mary Jane pilot movie aired on BET, I was one of the millions that tuned in and waited patiently for the series to start. I DVR’d theÂ whole thingÂ when it aired in January / February of 2014. But I didn’t touch these episodes until May after the current TV season ended. My bad. Because the show is pretty fantastic. It features some incredibly beautiful, severely flawed people. That at times bordered on unlikable. And at times seemed completely unable to make good, healthy decisions for themselves. But it was all very fascinating to me.

This is one of Gabrielle Union‘s best roles ever. Mary Jane comes off as this fierce female who is a bit righteous and seems like she’s good at everything. But when you dig deep, she’s as much of a mess as the people in her family and that make up her circle of friends.

I totally understand that she was in love with Omari Hardwick‘s Andre. He didn’t tell her he was married until after feelings had already entered the equation. And I sympathized with her situation having to find the will within her to stay away from him. It was beyond difficult to see her give into the emotions and then hide what she was doing from her friends and family. It was even more difficult to see how this affected his wife. One of the hardest scenes to watch had to be when Mary Jane confronted Andre’s wife and outed the affair. And that wasn’t the only bad decision Mary Jane managed to make.

I really wanted Stephen Bishop’s David to be the one for her. But that relationship turned into a train wreck. She froze his sperm without him knowing, people. At this point, I feel like she needs to be alone for a while. A long while. But that doesn’t make must see television does it?

Being Mary Jane is intense. The acting is great. The guys are hot. The women are beautiful. The stories are messy and often make me uncomfortable. But I will be tuning inÂ whenever season two hits air. What can I say? I love shows that takeÂ me on an emotional rollercoaster ride. That make me occasionally want to hit pause because I’m afraid of what’s going to happen next. It’s exhausting but worth watching.

Okay, what say you? What shows have you recently binged? What are your thoughts on them?

Hiatus Helper: Our Favorite Walking Dead Episodes of the Series So Far

INTERVIEW: Allen Maldonado Talks The Last O.G., Black-ish and His Everybody Digital App