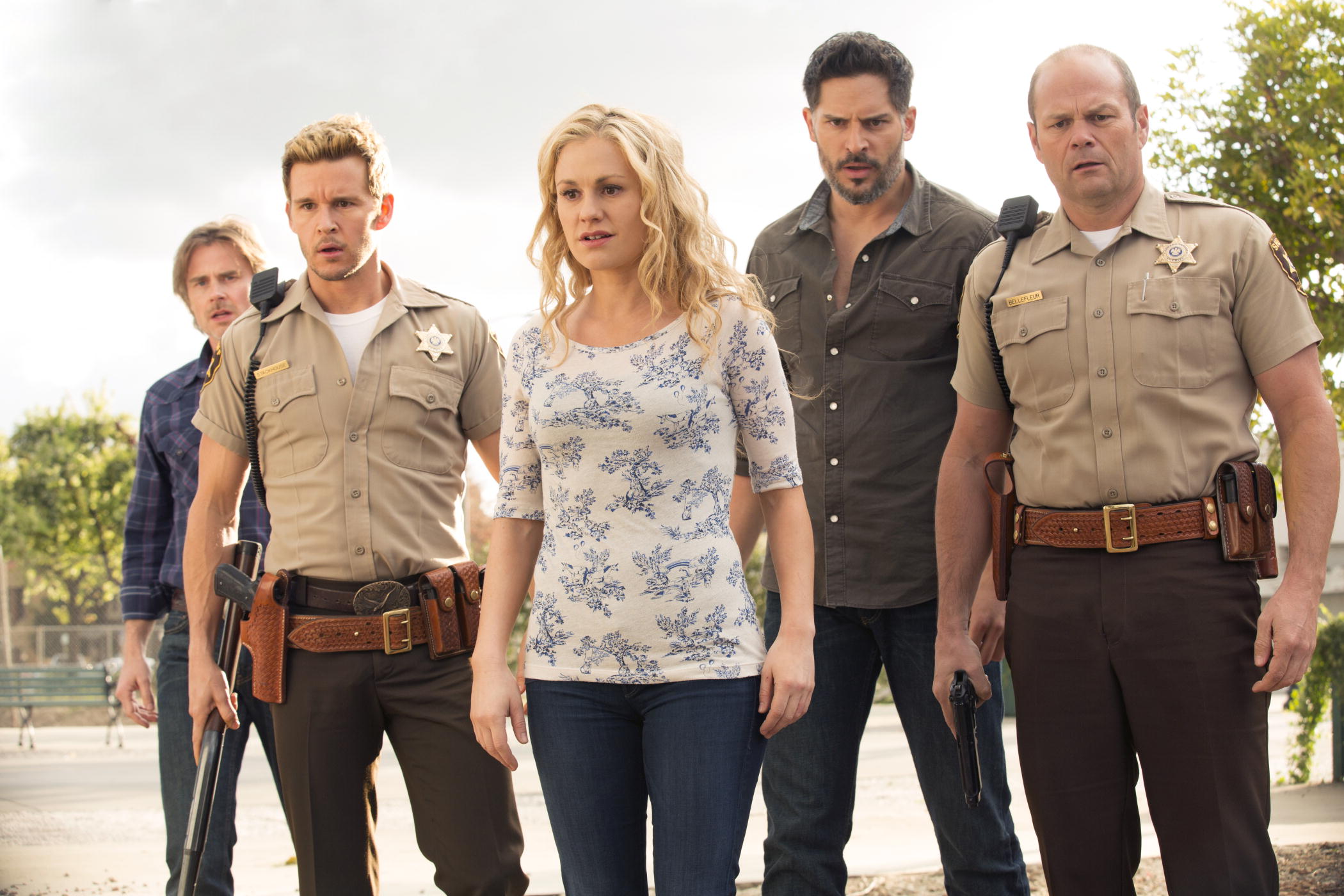 Ok, guys. If you haven’t watched the season seven premiere of HBO’s True Blood then you might want to move right along. Because we have a big death to discuss. Or should I say big “death?”

Because right now, I don’t want to believe that Tara’s dead. I even wrote up a whole diatribe about how I didn’t think she was killed. Because if she had been murdered, then I didn’t like the fact that it happened off screen. Guess what? Tara is dead. But it doesn’t necessarily mean we’ll never see her again. At least I don’t think. HBO.com’s True to the End Blog recently posted an interview with Rutina Wesley [Tara] where the actress touches on the fate of her character. Here’s an excerpt:

True to the End: Tara also makes peace with her mother right before her death. Why do you think she was finally able to forgive her?

Rutina: Tara just realizes that itâ€™s time. She can look her mother in the eye and see that sheâ€™s being genuine, that she really means it this time.

True to the End: Itâ€™s a nice moment for the two of them.

Rutina: Itâ€™s one of my favorite scenes that Iâ€™ve ever done. I love working with Adina Porter. She brings out the best in me! Sheâ€™s just so good!

True to the End: Is the True Death really the end of Tara?

Go here for the rest of the interview.

Tara was such a tragic character, I was hoping she would make it to the end of the series and get some degree of peace. But now that I think about it, I guess she did. She came to terms with being a vampire. She forgave her mom. She had a nice connection with Pam, Jessica and Willa. She belonged to a family. A twisted and messedÂ up family, but it was a family nevertheless. My beef is that I felt like there was so much chaos going on in Bon Temps in the season premiere,Â that nobody had the time to properlyÂ register this loss. Not in this episode. And not to my satisfaction. We got a little bit, but it was fleeting. Next thing you know Jason’s having sex with Violet on the hood of his car; Lafayette’s having a moment with Jessica’s boyfriend (now played by the deliciously hot Nathan Parsons); Â Sookie’s once again dealing with an emotional overload that includes the loss of Tara andÂ an entire town that hates her very existence; Jessica’s dealing with protecting Adilyn; and Pam’s off chasing after Eric. Sure, Lettie Mae did the crazy Lettie Mae thing but, frankly, I don’t really care how she deals with Tara’s absence, since she was such a bad mom.

Here’s hoping we’ll see Tara in some form again before or during the series finale. And I can’t wait to see what Rutina Wesley does next. The final season of True BloodÂ airs Sundays on HBO at 9/8c. Some other post mortem interviews can be found at vulture.com and tvguide.com.

The Musketeers "Friends and Enemies"