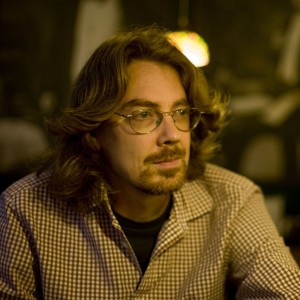 We’ve got a serious treat for you this Tuned in Tuesday. We talked exclusively to composer Jesper Kyd about his early musical influences, how he got started in the business and finding the sound for Metal Hurlant Chronicles.

TV GOODNESS: Youâ€™ve had some formal training, but youâ€™re mostly self-taught right? What made you want to make music?

Jesper Kyd: â€œWhen I was a kid I loved listening to music such as Vangelis and Jean Michel Jarre. I got my first computer when I was 13 and that was the first time I was able to start creating songs with melody, bass, percussion, sub melody, etc. All the previous years of banging away at pianos when I was very young suddenly started to make sense and I realized I had a pretty good sense of melody. So I kept going and a couple of years later my parents bought me my first synth, a Roland D20. I spent my teenage years making music with computers and synths. My best friend was into the same music as me so we combined our synths, samplers, drum machines, etc. and made some pretty cool tracks.â€

TV GOODNESS: When did you know you wanted to be a composer and how did you break into the business?

Jesper: â€œI guess when listening to my early music idols I thought â€˜Wow, that would be a cool thing, to make music for a living.â€™ Once I got my first computer, the Commodore 64, I became completely immersed in C64 music for the demoscene and games. It was still a distant dream but it was deeply rooted and the seed had been sown. I broke into the business when I founded a game company with my friends and one of our first games was sold to Sega. We left Denmark and went to the States to start making more games. I compose[d] the music for all our titles.â€

TV GOODNESS: Youâ€™ve used orchestras, choirs, acoustic manipulations and electronic soundscapes in your compositions. Do you have a preference or is it determined by the material?

Jesper: â€œIt’s really determined by the material. For example, when starting work on Assassin’s Creed II, I had never written any renaissance music before. I really enjoy challenges like that, going somewhere new, mixing different music styles together.â€

TV GOODNESS: Letâ€™s talk about Metal Hurlant Chronicles. When did you hear about it and what made you want to get involved?

Jesper: â€œIâ€™m huge fan of Humanoids Publishing and, of course, Heavy Metal magazine – which is inspired by Metal Hurlant. So when an opportunity came up to work on the official TV Series I was really intrigued. I got involved with the first pilot episode which was sometime back in 2010.â€

TV GOODNESS: How did you go about crafting the sound for the series?

Jesper: â€œEach story is completely different from the last so each episode has its own sound. First we determine the music style for the episode depending on the story, setting, etc. and then I start on the themes. I select and blend different instruments for each episode based on its genre but there is also a mix of genres in each episode (e.g. fantasy moments in a Western) so the music is often a hybrid of styles. The show is pretty out there and a lot of fun to score!â€

TV GOODNESS: Any challenges or surprises along the way?

Jesper: â€œSince I was already familiar with the Metal Hurlant comics there were not really any surprises. I knew the different storylines and that there would be a wide variety of genres. But that’s what is so great about working on this TV series, since I get to create a different music style for all the episodes. Usually a particular music style is created for a TV show since it’s a continuous story, but Metal Hurlant is the opposite â€“ itâ€™s an anthology of individual stories. In Season 2 thereâ€™s a futuristic thriller, an alien planet horror, a fantasy western, space traveling space opera, renaissance inspired fantasy and more.â€

TV GOODNESS: What other TV projects – or projects in general – have you worked on and do you have a favorite project or cue? What made it your favorite?

Jesper: â€œI previously scored an action sci-fi series, The Resistance, for Sam Raimi‘s Ghost House Pictures which aired on SyFy’s Adult Swim. From Metal Hurlant Chronicles, my favorite episode of Season 2 is called â€˜Second Chancesâ€™ and my favorite track for Season 2 is a moment with Dominique Pinon [City of Lost Children, Delicatessen, Alien 4] where he gets to live out a really intense moment he has dream[ed] of for years through virtual reality.â€

TV GOODNESS: What are you working on right now?

Jesper: â€œIâ€™m currently working on a new sci-fi game as well as new music for State of Decay. I am also involved with a few other projects I can’t talk about yet.â€

TV GOODNESS: Do you ever hit creative roadblocks and how do you work through them?

Jesper: â€œI don’t really experience creative roadblocks. The challenges can be more about communicating an idea or, if there’s no direction, then finding out where to start. Finding a new sound takes a lot of experimentation and if some music doesn’t quite fit, that’s actually one step closer to finding the right style.â€

TV GOODNESS: What is your dream project and why?

Previews of “Master of Destiny” and “Shelter me” (which have already premiered, but you can catch in repeats): 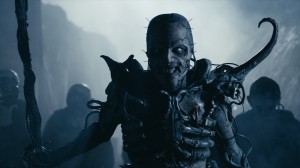 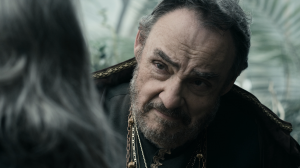 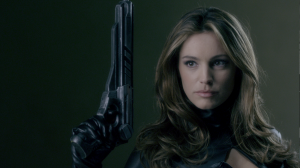 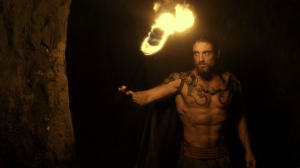 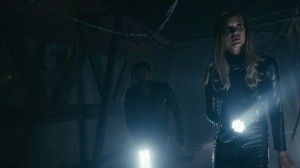 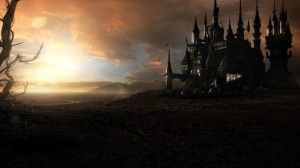