You guys, I am just loving season two of Vikings, even if the show is raising my blood pressure over the whole Ragner/Rollo sibling rivalry and especially with what went down between Lagertha and Ragnar in the premiere. Those two are made for each other. I hope that at some point these two will find their way back to each other.

Tonight on HISTORY, the Vikings saga continues. There’s a big time jump in “Invasion” so it’s interesting to see what’s going on with the characters. But what’s even better is that there’s more Athelstan in this one. He even gets the chance to be a little badass. Plus, can the brothers Lothbrok be able to put their troubles aside in order to raid and conquer once again? Here’s some more information on the episode:

Synopsis for “Invasion”: Four peaceful years have since passed with Ragnar as Earl. The time has come for an unlikely alliance to band together in pursuit of a common goal â€“ a new raid on England. A storm pushes theÂ VikingÂ fleet to a new destination, and on the beaches of Wessex, Ragnar and his men may have met their match.

Enjoy a couple of clips and a promo from tonight’s episode of Vikings that airs on HISTORY at 10/9c. 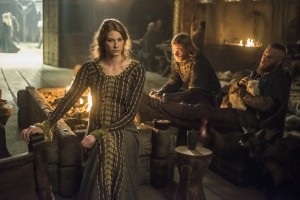 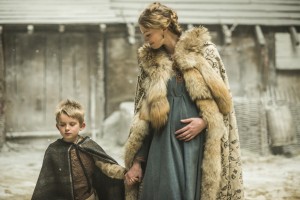 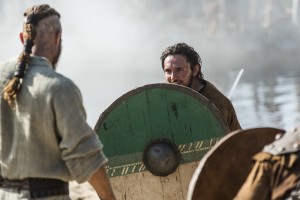 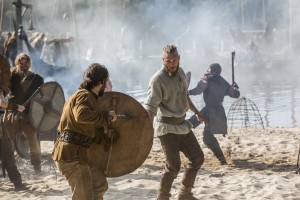 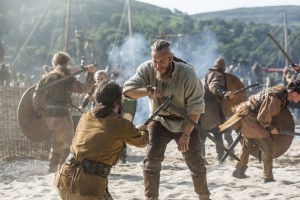 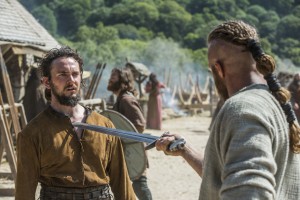