In this weekâ€™s How I Met Your Mother, Barney struggles with finding the perfect suit for his wedding while Robin remains panic free, and viewers are offered a glimpse of The Mosbys as an old married couple.

My advice for all the HIMYM fans out there is in the immortal words of Barney Stinson: â€œWait for it.â€

â€œVesuviusâ€ has caused a lot of people, myself included, to panic about just how the show will end. Ever since Tedâ€™s monologue at the end of season eightâ€™s episode â€œTime Travelersâ€ there have been people who have suggested that the reason Ted sits his children down in 2030 and tells them of how he met their mother is because she has died.

Ted wanting those extra 45 days with the love of his life seems like â€œClassic Schmosbyâ€ due to his history of being a hopeless romantic, until he mentions how heâ€™ll love her â€œtil the end of my days and beyond.â€ The inclusion of â€œbeyondâ€ and how The Mother has never been shown in any flash-forwards after 2030 is the basis for â€œThe Mother is Deadâ€ theory.

This weekâ€™s episode only increased speculation by hinting that by 2024 that The Mother may be suffering from a terminal illness. At the end of â€œVesuvius,â€ Future Ted recalls that Robinâ€™s mother actually ends up surprising Robin and is able to attend the wedding. What happens next is one of the more emotional scenes of the episode.

Ted: â€œAnd that’s the story right down to the surprise ending.â€

The Mother: â€œThatâ€™s not really such a surprise! I mean, come onâ€¦ yeah, of course she showed up. What mother is gonna miss her daughter’s wedding?â€

This final scene seems to be leaning towards a dark foreshadowing to the showâ€™s conclusion. I personally do not want to give â€œThe Mother is Deadâ€ theory any credence and hope Craig and Carter favor a happier ending for Ted and his family. Viewers have waited eight years to meet The Mother and she has wonderfully been integrated this season, itâ€™d be horrible to have her be dead at the end of the series. The writers have said that there is a twist ending to the seriesâ€™ conclusion, but at this point is pretty blatant what their intentions are. This much foreshadowing makes it too obvious, so it is possible this is just another curveball thrown in the viewersâ€™ way.

Â· Â Â Â Â Â The chemistry between Josh Radnor and Cristin Milioti is absolutely phenomenal. These are the longest scenes weâ€™ve seen them together. From how Radnor gazes at Milioti to the way she kisses his hand, there is an undeniable spark between these two.

Â· Â Â Â Â Â I love how â€œThe Wedding Bride/Tooâ€ is a way for the writers to spoof that show and the cast themselves. The Narshall cake scene is a reference to Jason Segel when he mentioned HIMYM in the movie â€œThis Is The End.â€

Barney: â€œWhat, so this is gonna be, like, a thing now? Yeah, It’s gonna be a thing now, Narshall. Right? Narshall.â€

Barney: â€œMan, this was supposed to be my special day.â€

Ted: â€œItâ€™s a suit thatâ€™s never been worn before, a suit you never dreamed youâ€™d wear. All of this suitâ€™s memories are still ahead of it. Picture it. [â€¦] She walks down the aisle, you say your vows, you go to the reception, you have your first dance, and before you know it – just like magic – you realize: itâ€™s a perfect fit.â€

Barney: â€œYouâ€™re right, Ted. This is the oneâ€

The Mother: â€œYouâ€™re the love of my life, Pooh bear. I just worry about you. I donâ€™t want you to be the guy who lives in his stories. Life only moves forward.â€

Will Ted and The Mother live happily ever after? Let me know in the comments.

How I Met Your Mother airs Mondays 8/7c on CBS. 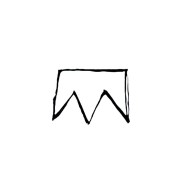