My DVR is about to break up with me. I’m recording way too many things and showing it hardly any love. Although Face Off is one of my favorite “reality” shows, I’ve been too busy to watch it this season. Until now. I love seeing these artists develop throughout the seasons and enjoy seeing the concepts they create come to life for each challenge. So I was determined to catch up before the next new episode. Below you’ll find my highlights of the season so far as well as a preview of this week’s “Open Sesame.”

Stephen SommersÂ knows a thing or two about creating monsters, so I really appreciated his voice on the judge’s panel this week. George was awarded immunity for his work in the foundation challenge and got to pick which team he wanted to join for the spotlight challenge. I liked most of the monsters the teams created, but not all of them were both sexy and beastly.

Winner: Chloe. Her sculptural work on that face was very impressive. She and Rashaad made a great team.

Eliminated: Margaret. That face wasn’t good at all and certainly not sexy. She really let herself down.

I like the concept of a crop circle telegraphing some sort of distress signal. This week it was up to the artists to create a creature who would’ve left that message on earth. It was disconcerting to see Chloe so thrown after she won the last challenge though. And her lack of confidence definitely affected Graham. I’d never seen anyone use gelatin before, so it was interesting (and pretty cool) to see that element in Daran and Tanner’s design.

Winner: Corinne. She was the driving force behind her and Niko’s design, so she earned the win.

Eliminated: Bethany. I know it was too early in the season for the judges to use their save, but I would’ve liked to see what else she could do.

The first individual challenge and my favorite challenge to date. The level of detail some of these artists were able to achieve was truly impressive. We usually think of “fire-breathing” when we think of dragons, but for this challenge they also spit tar, acid, quills and ice as well as fire. The only design I disliked (and I mean I truly didn’t care for it at all) was Chloe’s sea-horse inspired dragon. She was so lucky the judges saw something in her design to keep her safe.

Honorable mention (as determined by me): Rashaad. The sheer amount of work he put into his dragon was beyond impressive. I think Tyler absolutely deserved the win, but Rashaad’s dragon was also noteworthy.

Eliminated: Daniel. His wardrobe choice was poor and his creature just didn’t look like a dragon.

I was so skeptical at the beginning of this spotlight challenge. I love music, but I didn’t really see how the artists were going to make this interesting. I should’ve checked my disbelief at the door. I liked every single makeup except for the Rockabilly “God.” Daran won both the foundation and the spotlight challenge this week. I like that he took a serious chance this week, even if he did have immunity.

Honorable mention: Rashaad and Tyler’s demon was so cool. I loved the paint job on the face and the fact that the clear chest piece let us see all the cool hardware underneath.

Winner: Daran. I thought it was strange, but the judges loved that it was so high concept.

Eliminated: Tess. Those horns were horrible and her panic attack could have really screwed her and her partner.

Episode: “In the Shadows”

Oren Peli knows how to scare the sh*t out of us, so I was really happy to see him as a guest judge in this episode. Each artist picked a silhouette and had to design a creature that would cast the corresponding shadow. Even though part of Corinne’s design fell through, she was able to save her creation with her excellent paint job.

Winner: Niko. It was big and scary and matched the silhouette pretty well.

Honorable mention: Graham’s cockroach inspired creation was super creepy. That thing would scare the daylights out of me if it emerged from the shadows.

Eliminated:Â Tanner. Nothing he did worked. His look was an absolute disaster.

Cryptids are creatures who may or may not exist. This was a particularly difficult challenge because there are no reference materials, but most of the teams used that to their advantage. Cat had trouble again this week with her partner. I think she needs to speak up for herself and recognize that the problem might be her. The other teams worked together pretty well, but Matt shot himself in the foot by teaming with Corinne. Anyone who choses a partner with immunity is gambling. Sometimes to works. Sometimes it doesn’t.

Winner: Tyler. That mouth was pretty fantastic and I loved that it moved. Great job.

Eliminated: Matt. I haven’t really been impressed with any of his work this season. It was time for him to go home.

“Open Sesame” synopsis: Each contestant receives a magic wand and must create the wizard to whom it belongs. Catch a sneak peek below, following Tyler and Chloe through their wizard-conjuring process. 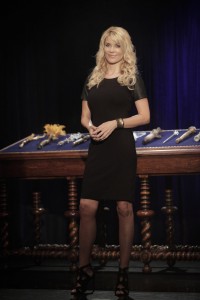 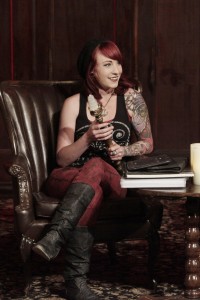 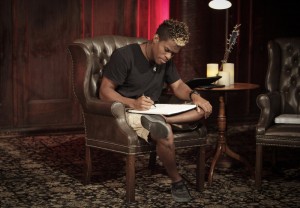 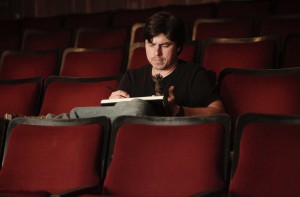 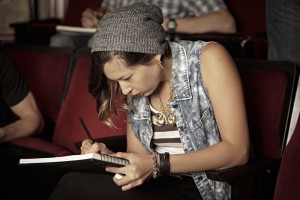 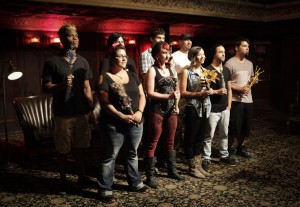 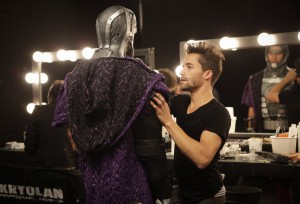 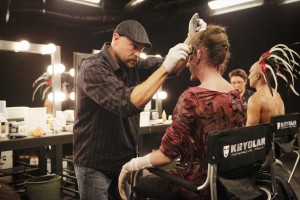 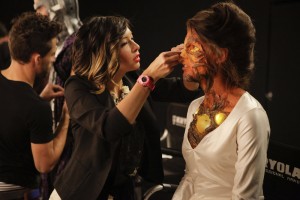 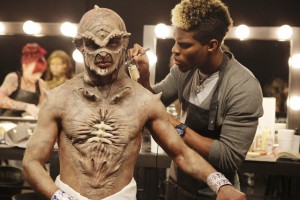 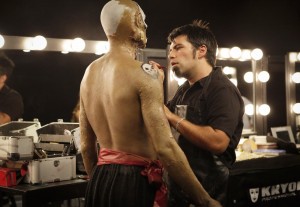 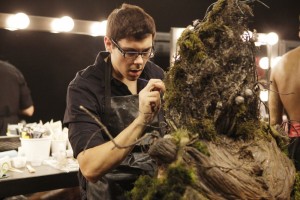 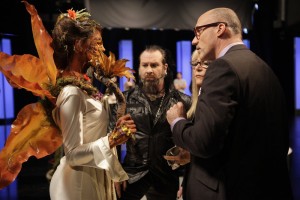 Gotham Preview: “Spirit of the Goat” [VIDEO and PHOTOS]