It’s unreal that it’s been ten months since the second season of TNT’s Dallas ended. Thankfully, the wait is just about over. Starting tonight, the Ewing saga continues — without JR’s special brand of mischief — but with tons of drama, deviousness and dirty dealings. But we’re used to that, right?

Here’s what you need to know about the new season

Synopsis for “The Return”: Season 3 kicks off with the Ewings on top, having vanquished Cliff Barnes (guest star Ken Kercheval) and taken over his company. The Ewings are united, with Sue Ellen planning a wedding for John Ross and Pamela. But solidarity among them can only last for so long. John Ross quickly gets into conflict with Bobby over their joint ownership of Southfork Ranch, while also putting his marriage at risk as he enters into an illicit liaison with Emma. Meanwhile, Christopherâ€™s relationship with Elena seems irreparable as Elena returns to Dallas with her own secret agenda for justice. As the betrayals mount, the arrival of a mysterious stranger puts everyoneâ€™s plans at risk.

New characters sure to stir up some trouble

Nicolas grew up an urchin on the streets of Mexico. When he was 20, using his street-smarts and guile, Nicolas turned a $2 bet on a horse race into $10,000. Blessed with a keen mind for business, Nicolas parlayed that money into millions through shrewd investments, turning himself into a captain of industry. At the behest of Cliff Barnes, Nicolas has come to Dallas to act as Cliff’s proxy in Ewing Global. But it will soon come to light that Nicolas has his own agenda for coming to Dallas.

Heather, a no-nonsense, calls-it-like-she-sees-it ranch hand at Southfork, was raised by a single father and four older brothers. After her oldest brother was killed during a tour in Iraq, she ran away and eloped with her high school sweetheart. Now with her marriage over, Heather, in her up-front and self-assured way, lets Christopher Ewing know that she’s interested in a casual relationship with him.

The season three premiere of Dallas gets underway tonight at 9/8c on TNT. If you need to refresh your memory on what happened in the season two finale, check out our thoughts on the episode.

PHOTOS from the Premiere
Photo Credit for the Following Images: Skip Bolen/TNT 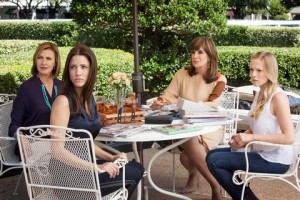 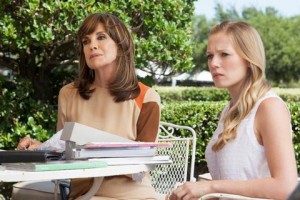 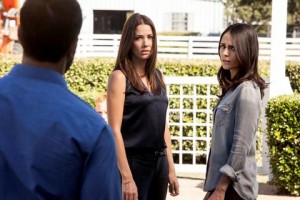 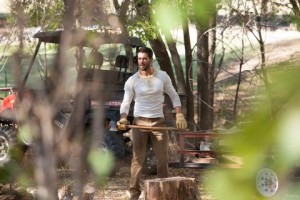 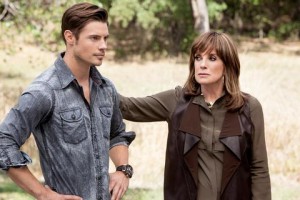 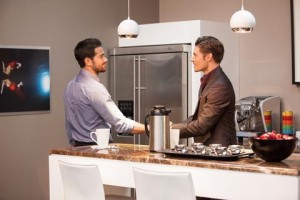 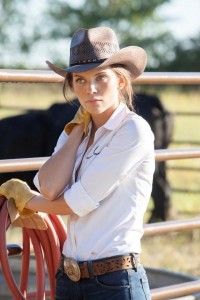 We Need to Know: Why Is Downton Abbey's Lady Mary Crawley So Indecisive?