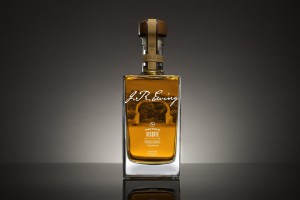 Power. Money. Southfork. Women. Bourbon. Family. Â All things the late great TV villain J. R. Ewing loved and craved when he was alive. Although not necessarily in that order. But mostly.

TNT’s successful Dallas reboot will have to forge on without its iconic character (and the amazing Larry Hagman, the man who played J.R. so deliciously), but that doesn’t mean he’s forgotten. Not by a long shot. And speaking of shots…there’s a new way to celebrate this masterfully mischievous man, myth and legend. So grab a glass — maybe don a Stetson if you have one — and get ready for J.R. Ewing Bourbon. How do you take your bourbon?

Here are the details from Warner Bros.:

To coincide with the season three premiere of Dallas on Monday, February 24, at 9/8c on TNT, Southfork Bottling Company is teaming up with Warner Bros. to launch a new brand of bourbon, J.R. Ewing Bourbon, inspired by the showâ€™s infamous character and iconic Texas tycoon. The bourbon can be found on spirit retailersâ€™ shelves beginning end of March.

Distilled in the heart of Kentuckyâ€™s bourbon country, the 4-year-old, 80-proof light amber-colored bourbon will initially launch in 14 states across the South and Midwest, with plans to expand nationally within a few months and internationally by the yearâ€™s end. The brand will be marketed to distributors around the United States by Prairie Creek Beverages, a national wine and spirits marketing company, and internationally by Melchers Group, a producer and exporter based in The Netherlands.

Packaging for the new bourbon features a wooden stopper and screen-printed image of the legendary Southfork Ranch â€” home of the Ewings â€” which can be seen through the front of the elegant, iconic bottle.

J.R. Ewing Bourbon is well balanced and possesses a maturity that adds to its complexity. The nose is classic and slightly fruity, with notes of vanilla, oak sweetness and a touch of orange. The taste profile is surprisingly mild, yet crisp, and exhibits a lightly spicy/honey taste that lingers on the palate.

â€œCreating a brand of such high quality is reflective of J.R.â€™s thirst for the best in life, and the new brand really pays tribute to the character with whom everyone around the world is familiar,â€ said Andy Harmon, co-founder of Southfork Bottling Company.

Bourbon was the drink of choice for Dallasâ€™ legendary character J.R. Ewing; a ruthless and egotistical Texas oil baron with discerning taste who was particular about his liquor, J.R. would no doubt have been pleased to see his own notorious name signed on the bottle of this well-crafted bourbon whiskey.

â€œItâ€™s exciting to have the show and J.R.â€™s legacy, represented to the public in a new way,â€ said Dallas executive producer and writer Cynthia Cidre. â€œPlus, it gives the fans one more reason to celebrate Dallas!â€

â€œMy father, Larry Hagman, would have loved the fact that this new bourbon was named after his legendary character, J.R. Ewing â€” a signature spirit inspired by one of the most beloved, conniving and trailblazing characters in entertainment history,â€ said Preston Hagman. 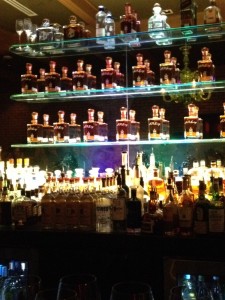 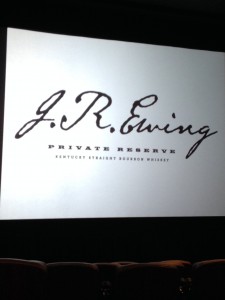 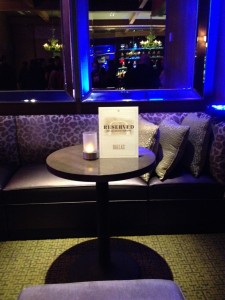 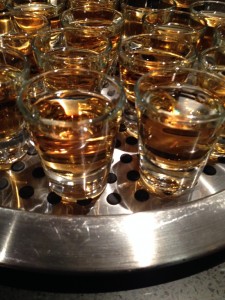 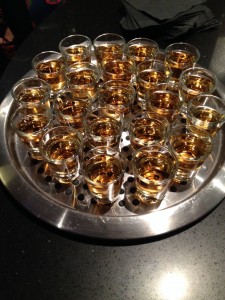 Check back here for more information on Dallas‘ season three premiere airing Monday Feb. 24 at 9/8c on TNT. To catch up on what happened in the season two finale go here.

Two Moments of Goodness from When Calls the Heart "Second Chances"

Winter TV Preview 2014: NBC's About a Boy [PHOTOS and VIDEOS]

POV Preview: Will Comfort Women Ever Receive The Apology They Seek and Deserve From Japan?