There is only one more week until the second season of HISTORY’s Vikings kicks off. We’re all kinds of excited. You should be too.

Over the next week we will have many Vikings treats for you. For starters, we’re unloading a promo, a couple of clips and some photos from the premiere. We’ve already seen some of the new season. And guys, believe us when we say that it’s brutal, heartbreaking, action-packed and, most of all, just as addictive as the first season. Plus, the addition of Linus Roache to the series was such a great casting decision. It almost makes up for the loss of Gabriel Byrne so early during season one. Here’s a synopsis of the season two premiere:

â€œBrotherâ€™s Warâ€:Â The battle begins between Ragnar and King Horikâ€™s forces against Jarl Borg. Borg is joined by Rollo, and this Viking clash pits brother against brother. There can only be one victor. Meanwhile, Princess Aslaug makes her way to Kattegat and brings with her a surprise that leaves Ragnar in a difficult predicament.

A couple relationships to watch in the first episode back from what felt like the longest hiatus known to man? Ragnar and Lagertha and Ragnar vs. Rollo.

Vikings season two premieres on a new night — Thursday Feb. 27 @ 10ET/PT. While we like the move to Thursday nights for Vikings — it gets the show off such a tough night of TV (Sundays) — it now puts it in direct competition to ABC’s Scandal. Thankfully, we have room enough for both amazing shows that are must see and must scream at TV — in a good way, of course.

â€œOne must always think the worstâ€

â€œI shall answer him with bloodâ€ 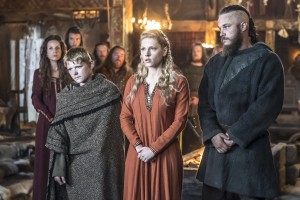 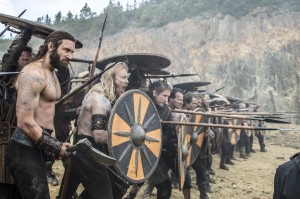 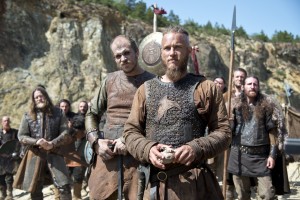 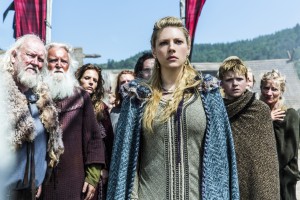