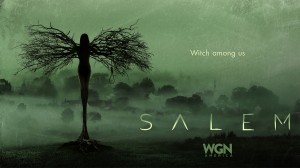 All you genre fans out there — you’re going to want to check out a new series that’s debuting on WGN America this spring. It’s called Salem and, yes, it focuses on the Salem witch trials. TV Goodness heard all about the show at the recent Television Critics Association Winter Press Tour and we’re going to feature interviews with the cast leading up to the premiere.

Set in the volatile world of 17th century Massachusetts, Salem explores what really fueled the townâ€™s infamous witch trials and dares to uncover the dark, supernatural truth cloaked behind the veil of this infamous period in AmericanÂ history. In Salem, witches are real, but they are not who or what they seem to be. The show, which centers on an epic romance wrapped around this explosive Â revelation, delivers a bold new vision of Salem â€“ and an even bolder new vision of witches.

Salem is the first scripted show that the newly relaunched WGN America is going to unload.Â Look for the event series to hit airwaves Sunday April 20. Until then, here’s the first look at the 10-part supernatural drama that shoots down in Shreveport, LA and has a wonderful cast: Janet Montgomery [Made in Jersey], Shane West [Nikita,Â ER], Seth Gabel [Dirty Sexy Money,Â Fringe,Â Arrow], Ashley Madekwe [Revenge] and Xander Berkeley [24,Â Nikita].