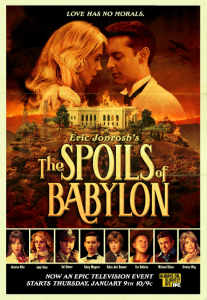 That cast. This premise. The first time I saw the trailer for The Spoils of Babylon, I thought it was a joke. Literally. You know how people make fake trailers for make-believe shows for a laugh? That’s what I thought this was. So when I realized it was for real, I was immediately intrigued. It looked so strange and so over the top. The more I learned about the show, the more excited I became. I’m not entirely convinced I know what I’m in for, but I can’t wait for this crazy ride to start.

The Spoils of Babylon, “The Foundling”

Beginning in 1931,Â Jonas Morehouse seeks the American Dream with hisÂ daughter Cynthia and adopted son Devon. Just as he is about toÂ lose everything, he strikes oil, making him a rich man overnight. As Cynthia andÂ Devon grow up in the new Morehouse estate, they begin to fall madly in love despiteÂ their fatherâ€™s disapproval.

The Spoils of Babylon, “The War Within”

War break outs and Devon feels he must enlist against Cynthiaâ€™s wishes. During
active duty, Devonâ€™s plane is shot down and crashes into the jungle. Back home, the
Morehouseâ€™s fear Devon is dead until he returns home, a decorated war hero with
his new bride Lady Anne.

Funny or Die. They’re funny as hell. They do great work. What more needs to be said?

Will Ferrell and Adam McKay. The creative geniuses behind Funny or Die and such movies as Anchorman 2: The Legend Continues and Step BrothersÂ and such TV series asÂ Eastbound & Down and Drunk History.

Kristin Wiig. Talk about a comedy heavyweight. I think this woman is a comedic genius and I can’t wait to see how she plays this character.

Val Kilmer. Where the heck has he been? Any project that brings him out of what seems like semi-retirement is worth at least a sample.

My expectations are high and low. I expect lowbrow humor and to see every bad 80’s nighttime soap trope in play and on full display. I also expect them to turn all these tired and obvious plot devices on their head and make it into something so funny and so subversive that it transforms the genre in some way. I want something funny and strange and wacky with a little bit of heart. I want to see these actors be crazy and serious and funny and weird. So this series gets a Watch Live for at least the premiere. I feel like this type of show will generate a lot of buzz – on social media and amongst groups of friends – and I don’t want to be left out of this conversation.

The Spoils of Babylon premieres with back-to-back episodes on Thursday, January 9th at 10/9c on IFC.

All photos courtesy of Katrina Marcinowski/IFC. 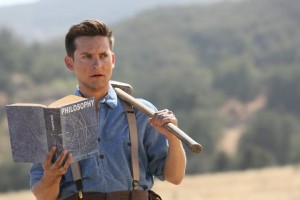 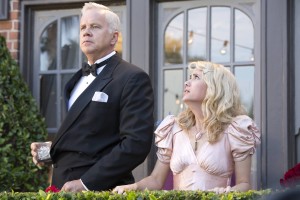 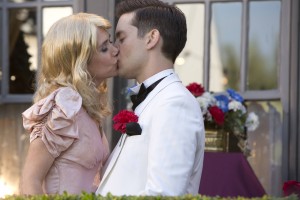