Ok, that winter hiatus was relatively painless, am I right?

Well, if it wasn’t painless for you, there’s no need to wait any further. A new Castle returns tonight so we’re about to get a healthy dose of our favorite engaged couple, Beckett and Castle, plus is it baby time for Detective Ryan and his wife, Jenny? A synopsis of tonight’s episode:

â€œUnder Fireâ€ â€“ When Castle and Beckett discover that the victim of a building fire was actually shot to death, they get on the trail of a serial arsonist turned murderer. Meanwhile, Ryanâ€™s wife, Jenny, goes into labor, but disaster threatens to ruin the joyous moment.

As with most Castle episodes, there’s plenty of Guest Star Goodness to be had:

Wendy Davis (Delia): Davis is probably best known for playing Colonel Joan Burton on Lifetime’s long-running but recently canceled series Army Wives. You may have spotted her on ABC’s Scandal where she’s recurred as reporter Kimberly Mitchell. A couple of her other TV credits also include Grey’s Anatomy and Angel.

Nic Bishop (Fire Chief Miller): We’re really happy that Bishop has popped up on tonight’s Castle. Nic was the cute cop to Dana Delany’s surly medical examiner on Body of Proof. The show lasted three seasons, although Bishop’s character was killed off after the second. The English actor has guest starred on CSI, The Glades and NCIS: LA and Hot in Cleveland. 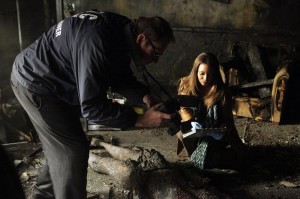 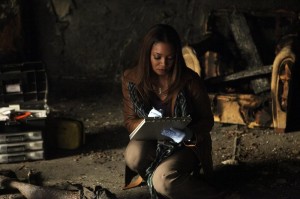 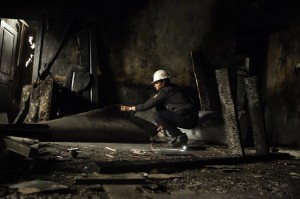 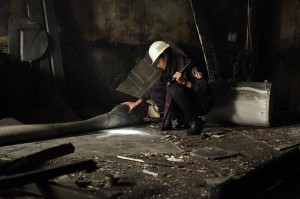