LM’s TV Goodness All-Stars 2013: Once Upon a Time’s Colin Oâ€™Donoghue 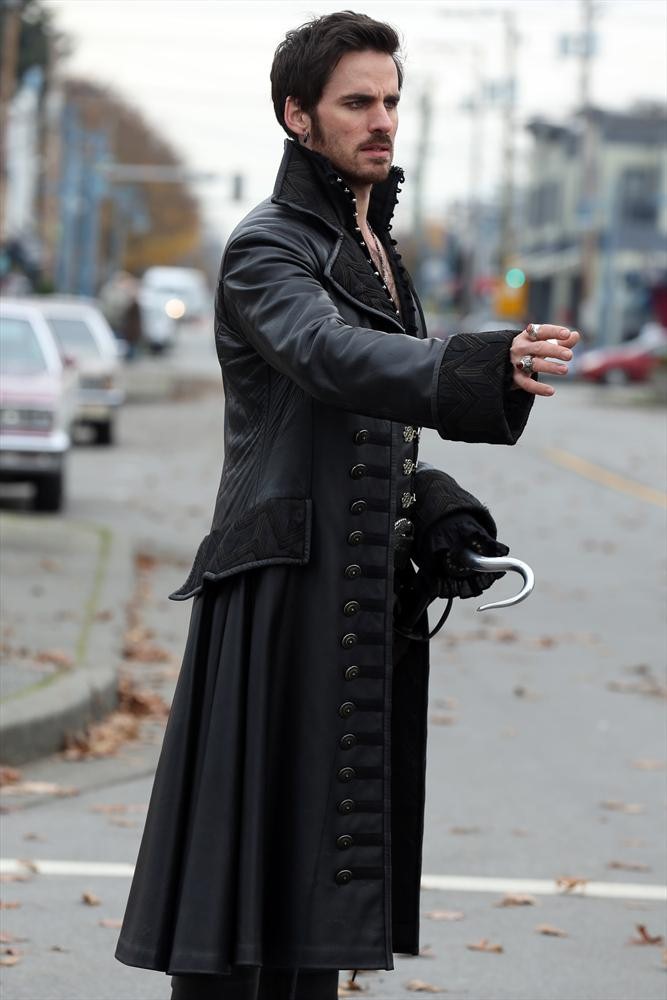 I admit it, I have never seen any of Colin Oâ€™Donoghueâ€™s work until Captain Hook found his way into Storybrook, but within his first few episodes he captured my heart.

As is the custom with this charming show, we are shown how villains can look like heroes from a certain point of view, and Hook is no exception.Â With the second season backstory of him stealing away with Rumplestiltskinâ€™s wife and his spirit of revenge towards â€œthe Crocodileâ€ Rumple after her murder, we donâ€™t have much reason to pity him. However, in the third season we see much more of how his story pertains to Neverland, and that sad history makes our hearts break on his behalf. With the loss, resurrection, and subsequent death of his brother, we feel his pain. With his choice to turn pirate rather than return to serve an unworthy King, we rejoice with his sense of pride and his commitment to good form. But what really hammers this character home is his gentle courtship of Emma. He shows real concern for her opinion of him, and is careful not to criticize Neal as a way to gain her favor. As a pirate, we have every right to expect him to swing down from the yardarm and swoop her into his arms to carry her off as a prize, yet he manages to surprise us by treating her with kid gloves.Â

With so many incarnations of the story of Peter Pan I think it may have been a temptation to play Hook as a darker, more villainous character, and I have grown to appreciate the sensitivity with which Colin has chosen to portray the iconic pirate. Hook has his own set of standards and values, and I wonder how much of that is scripted, and how much flows naturally from the actor. Weâ€™ve seen him team up alternately with Regina, Cora and Emma and give each relationship its own unique dynamic, yet still manage to treat each woman with a sense of respect even when plotting behind her back. On the flip side of that coin, we see him chase down Rumple with the single-minded determination of getting his revenge, and show no mercy nor give any quarter to this nemesis. I think we have only seen the tip of the cutlass when it comes to what Colin can do with Hookâ€™s character, and I hope he is given the opportunity to show us his full measure very soon.

Once Upon a Time‘s Colin Oâ€™Donoghue is a man to watch, I feel confident that his star is on the rise. New OUAT episodes return in 2014.