My love for sweet, sappy Christmas TV movies has turned into an annual addiction. And I love Hallmark Channel for continually providing the opportunity for me to satiate this need. Tonight, is a little ditty I absolutely fell for — it’s called Finding Christmas.

Synopsis:Â Sean, a New York adman, swaps his swanky loft for an aspiring musicianâ€™s North Carolina cottage after a proposal gone wrong leads him to find a holiday escape. Sparks fly when he meets single mother Ryan. On the other end of the swap, singer Owen is charmed by Seanâ€™s sassy assistant, Mia. As these singles open up their homes, they also unexpectedly open up their hearts for the romantic possibilities in store this Christmas.

Finding Christmas is such a cute movie even though we know exactly what’s going to happen from second one. I never seem to care about that with these types of flicks, however. It’s all about happy endings and joy to the world and letting the holiday spirit do its job. I like the moral of the story as well. Sometimes you have to mix things up in your life in order to find what you want. And when it does happen, don’t talk yourself out of it. Don’t try and sabotage it. Give into it. Accept love into your life. And go for your dreams. It’s the perfect message for this season.

Bonus Moment of Goodness: I usually give my Moment of Goodness after something airs. But I don’t think it’s giving away too much to tell you guys right now: JT Hodges does an amazing rendition of “Joy to the World” at an open mic night in the movie. He and Stacey Hersh arranged the song — it had me immediately wanting to hit the rewind button and watch it all over again. Hodges kind of won me over with this simple, wonderful scene.

Finding Christmas premieres tonight at 8/7c on Hallmark Channel. It will most probably repeat throughout this holiday season so check your local listings for airdates. 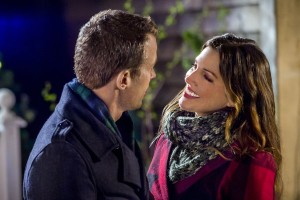 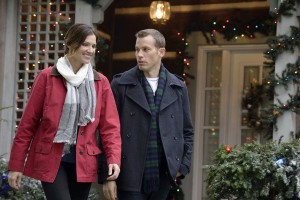 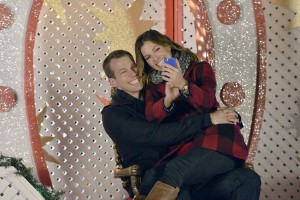 The Black Sails’ Cast and EPs Talks Season 2 and More