Tonight on TNT, a new unscripted drama from movie and TV guru, Jerry Bruckheimer. It’s called Marshal Law: Texas and the series features the hunt for some of the country’s most dangerous fugitives.

In the beginning of the show’s very first episode, we learn a staggering stat: 30,000 fugitives are on the run in Houston, Texas alone. So the action centers on an elite task force that sees U.S. Marshals work in conjunction with the Houston Police Department, the Harris County’s Sheriff’s Office as well as other law enforcement agencies. We get to follow along for this intense ride as the men and women of this task force hunt down some elusive criminals. Along the way, get to know the personalities of these fearless Marshals and officers as they do what they can to bring justice to the victims and those affected most by these devastating crimes.

On why it’s important for the U.S. Marshals to be featured on a show like Marshal Law: Texas

DAVE ONEY: We participate in shows like this because the Marshals Service is a taxpayer-funded agency and Americans have a right to know how their tax dollars are spent. So when we work with producers like Jerry Bruckheimer on shows like this, it gives us an opportunity to educate and inform the public about how and why we do what we do. So that’s really my job as public affairs specialist is to help tell the story. So we look for outlets like that.

MARCO VILLARREAL:Â It’s important for [the public] to know where the taxpayer money is going and all the good things that are being done in serving the American people. And so many facets and so many different arenas and just ensuring that we’re there providing a public service, ensuring their safety, bringing violent criminals to justice, and bringing closure to some of the victims of these crimes and preventing future victims as well. So it’s definitely a story for the American people to know the personal sacrifices that the men and women do in law enforcement of these task forces of the Marshals Service day in day out. And help educate them and feel better about what we’re doing for them on a daily basis.

VILLARREAL:Â It’s definitely a challenge. I mean, the men and women of the task force, they don’t do it to get notice or for the fame of it or to try to be on camera, most of these folks have never been on camera. They do it because that’s their passion. That’s what they love to do. And they feel good about it. So it’s definitely a challenge not being used to it. It brings a different element into it.Â On the management side, ensuring the camera crew abides by the production agreement, it’s definitely a challenge. And then, being out In the field, every operation, every fugitive arrest, you gotta make sure that everybody goes home at the end of the day, safely, to their families. And that we do it right and that we do it by the letter of the law, we abide the law as well. And so it’s definitely a balancing act to get this production accomplished.

On hearing from the victims during any given episode

ONEY:Â The producers interview the victims, interview the family members, and they interview the marshals in the course of their duties and then off to the side talking about how they do what they do and why they do it. So you get a lot of different aspects of what goes in to fugitive apprehension. You see them with the red folder and they have the initial charges there, you get a little bit of the history of the case, maybe this person’s been on the run for months or years or weeks or days or maybe it’s really fresh. You get a little bit of the crime, behind the scenes of the crime, they interview theâ€¦I think in one of them they interviewed a person who had been shot several times who was one of ten survivors, I think. And three people died. Throughout the course of the show, they may wrap up, they may catch the guy, catch the fugitive. And then they go and call the victim and you get that exchange between the victim and the law enforcement officer. There’s some really touching stuff in there.

Synopsis for the series premiere “The Hunt Begins”: A deadly shooting spree puts the whole task force to the test in a race against the clock. Meanwhile, DUSM Spencer Pellegrin assists on a mission to catch a violent thief of unusual size, while Max PiÃ±on searches for a murderer in a drug-deal-gone-bad. 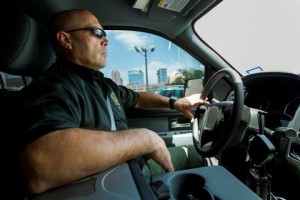 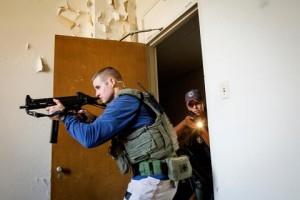 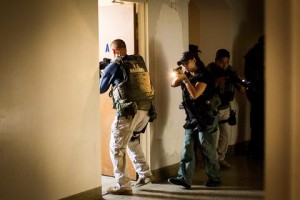 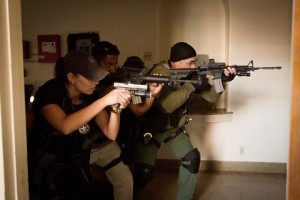 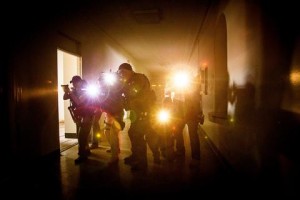 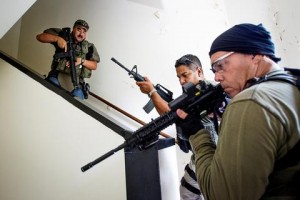 Get With the Program: Lifetime's Witches of East End