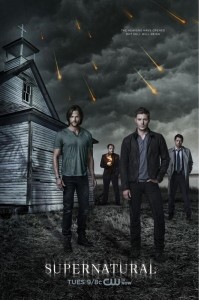 When you’re a fan of Supernatural, you watch the show. You maybe hit Twitter, Tumblr, Facebook and countless message boards and forums to rave (or rant) about what you’ve just witnessed from Sam, Dean, Cas and co. You may even read and/or write some fan fiction or draw some fan art. And you could even go to the conventions.

Well, the SPN cast and some of its most beloved alums are making the mecca to Burbank, CA this weekend for Creation Entertainment‘sÂ The Salute To Supernatural convention. Fans from everywhere will flock to the Marriott Burbank Airport Hotel from Friday Nov. 22 to Sunday Nov. 24Â to attend. Making an appearance this weekend:

What’s great about these conventions is that in addition to the various cast panels, autograph and photo sessions, there are other events that help bond the fandom.

TV Goodness will hit the convention to see what’s up. Hope to meet you guys there!

What They Said: Favorite Quotes from The Vampire Diaries "Dead Man on Campus"