Every show that’s off for three weeks should come back this strong.

Yes, now that the World Series is over, Sleepy Hollow finally returns to primetime and it does so in such an epic, magnificent way. “The Sin Eater” is arguably the strongest episode of the season so far. Not surprisingly, Fringe‘s wildly talented John Noble is a big part of that as he begins his run as a mysterious figure called The Sin Eater.

FOX Synopsis for “The Sin Eater”: When Ichabod Crane goes missing, his wife Katrina, appears to Lt. Abbie Mills in a vision warning her that the Headless Horseman will return to Sleepy Hollow by nightfall. A frantic Abbie seeks help from the mysterious Henry Parrish (guest star John Noble), who holds vital clues about how Crane can vanquish his dangerous blood tie to Headless. Meanwhile, an encounter from Crane’s past weighs heavily on him, and details about his first encounter with Katrina are revealed.

What Else You Need to Know

“The Sin Eater” showcases Tom Mison’s chemistry with not only Nicole Beharie (by the way, there are a ton of cute/awe-inducing moments between these two) but also with Katia Winter, the actress who plays Katrina, his mystical wife. Noble is such a welcome presence, of course. Things are always so much better when he’s around. And just as James Frain‘s guest starring stint on Grimm is seemingly over (do you guys really believe that Eric Renard is gone? We’re skeptical.), he makes an appearance on Sleepy Hollow. Hopefully, Frain will stick around. It’s great how he plays a person that, at first glance, seems perfectly in alignment with most of the other characters he’s played recently. But Sleepy Hollow gives him a chance to do something a little different. It’s refreshing, actually.

In the Revolutionary flashbacks we learn about an important figure in Ichabod’s past. We won’t give away much. But it’s an engrossing portion of the episode and the significance of this relationship has a beautiful payoff at the end of the hour. Plus, the bond between Abbie and Ichabod is strengthened in a simple but totally wonderful way. Â The bond between Abbie and Jenny starts to reassert itself as well.

TV Goodness got the chance to be a part of a press call that featured Fringe star John Noble.

On why Sleepy Hollow is such a special show

JOHN NOBLE:Â Whatâ€™s amazing to me about it is that it feels like the perfect combination of all the favorite genres; itâ€™s fantasy, itâ€™s science-fiction, itâ€™s horror, and itâ€™s historical, and itâ€™s also almost a procedural in the sense. So itâ€™s like the writers have linked them all together incredibly cleverly and the look of the show is fantastic. So theyâ€™ve managed to do something with alchemy and make it all work, but it seems to be working really wonderfully at this stage.

On how Henry Parrish is different from his Fringe character, Walter Bishop

JOHN: Heâ€™s another one of these really complex, multilayered characters. When I did Walter Bishop, the great joy of him was the layers that he had and it gave me so much room to play with the psychological levels of the character and Henry offers me the same. And from what Iâ€™ve been told by the writers thatâ€™s what weâ€™ll see as time goes by. That makes going to work a joy for me to play with these complex characters, so thatâ€™s the main thing.

JOHN: The whole experience with the company was good. Well, Tom in particular, heâ€™s a beautiful man, heâ€™s also a fantastic actor and so we had a lot in common. We also found that we had common ground and that we both have a theatre background and so we were able to talk across a whole series of issues of topics in that way. But really, it was the connection we had on set that was special and when it happens itâ€™s terrific.

JOHN: Sheâ€™s such a pro, sheâ€™s so prepared. You know? Youâ€™ve heard that term used, Iâ€™m sure, when people are so prepared when they come to work. So it is very easy to engage very quickly and at a quite deep level with actors that prepare like that. Sheâ€™s gifted, that goes without saying, I think. But I enjoyed very much, and I am really looking forward to doing more work [with]her as well. I just got a sense that weâ€™ll probably develop something quite special. I donâ€™t know, thatâ€™s just a guess at this stage, but my sense was that we can develop some quite interesting chemistry and that was based on what I have already done with her. I have great respect.

Tom Mison, in turn, talked about working with Noble

TOM MISON:Â Itâ€™s really remarkable. Our first scene together itâ€™s just me and him sittingÂ opposite each other at a table, and he came in and sat down and we did theÂ scene, and I was quite surprised when someone shouted â€œcutâ€ because IÂ forgot that there were cameras and other people about the place becauseÂ when youâ€™re acting with someone like John you just completely loseÂ yourself in it. Heâ€™s mesmerizing. Heâ€™s brilliant. 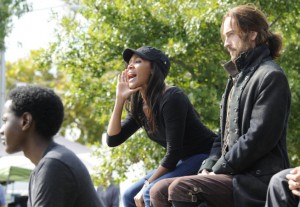 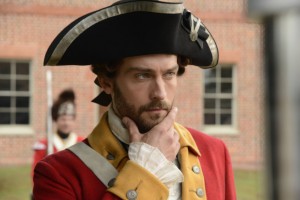 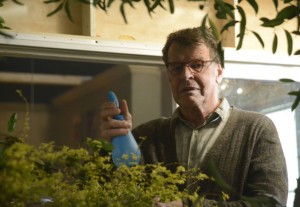 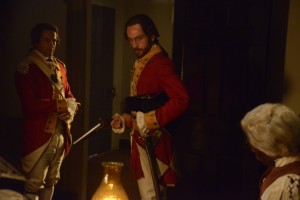 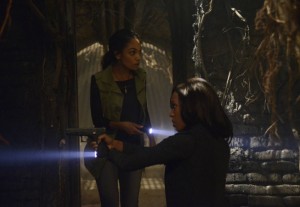 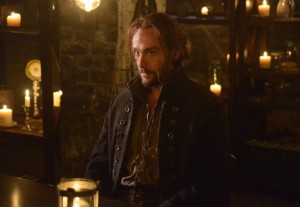 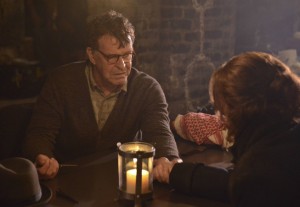 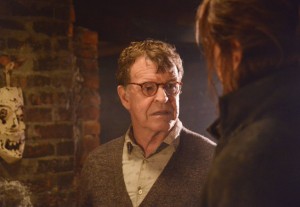