The Louis Lester Band has lost its manager Wesley, but gained a royal audience with the help of Matthew Goode‘s journalist Stanley, Janet Montgomery‘s photographer Sarah and John Goodman‘s American entrepreneur Masterson. As they gain notice their gig at Imperial Hotel is drawing more and more of high society. What’s next for these talented performers?

Louis is in trouble and looking to get out of the country. How did we get here? What did he do? Why is he coming to Stanley for help? In order to answer these questions, we have to start at the beginning of this story, 18 months earlier. Here’s what we know so far:

The Louis Lester Band is introduced to a wealthy recluse, Lady Cremone, who arranges a special performance, ultimately leading to the groupâ€™s first record and real taste of success. Louis makes a shocking discovery.

Dancing on the Edge airs Saturdays at 9/8c on Starz.

All photos courtesy of Starz. 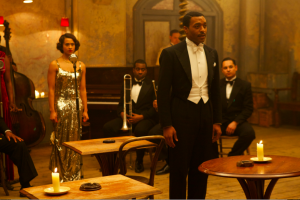 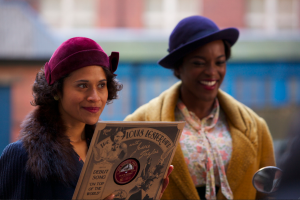 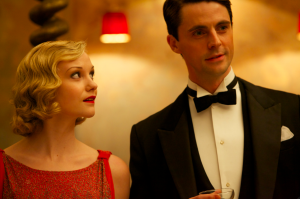 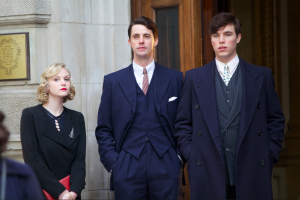 Haven "Lay Me Down"